What if you could walk through 10 different worlds in a single day? Well, not long ago—and in a galaxy pretty close by—a new filmmaking technology started making this all possible. One minute you can march through desert sands, then moments later, race a speeder bike through ruby-hued salt flats! Step aside, green screens: we’re jumping into hyperdrive and welcoming The Volume to the stage!

Using this groundbreaking new technology, the special effects visionaries working behind the scenes of the hit show The Mandalorian have been able to take us along for a super realistic adventure that we’ve never experienced before!

Here’s a look into a new era of storytelling! 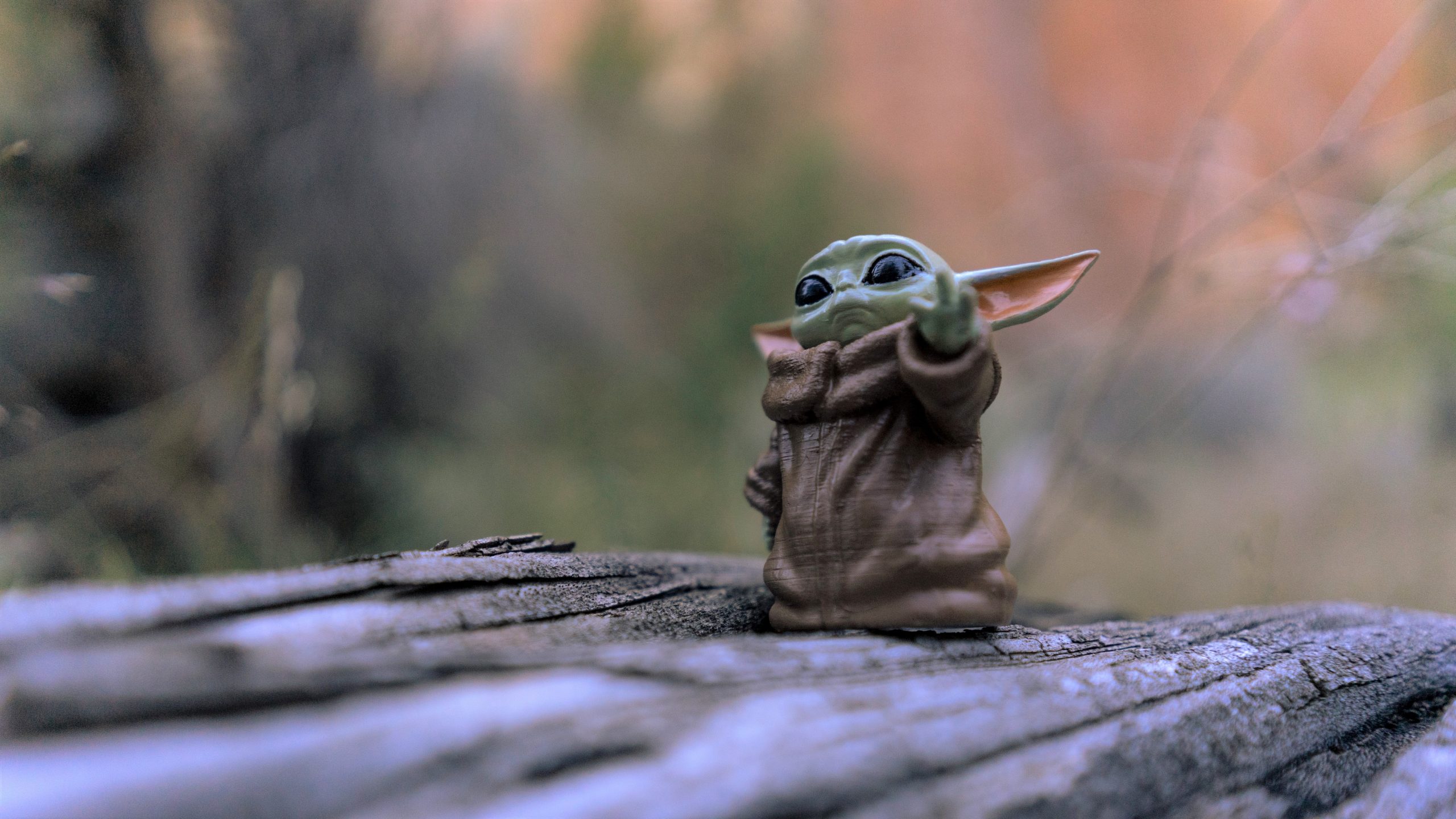 “The Child” from The Mandalorian // Jimmy Nguyen

If you’ve lived on planet Earth any time in the past 30 years, you’ve likely heard of the cinema phenomenon that is Star Wars. Recently, their new Disney+ hit series The Mandalorian took sci-fi to a whole new level!

The first Star Wars film, Episode IV – A New Hope, displayed groundbreaking special effects for its time back in 1977. Now, fast forward to 2020, the genius Imagineers and innovators at Disney have done it again! Using new LED light projection technology, they have created an entirely new way for us to immerse ourselves in the stories we love so much.

Back in the early years of filmmaking, the most popular way to transport the audience to another planet was by using matte backdrop paintings. Painted by hand, these backdrops were nice but lacked realism. Decades later, filmmakers transitioned to using green screen backgrounds, which allowed them to replace background scenes with projected footage or computer-animated images. 1

‌Using a green screen sounds like it would be the best thing ever, right? Well… it was, until now! Harnessing LED and video game technology, movie makers are dropping actors into a 3D circular stage called The Volume to project real-time background images in a whole new light!

Check out this video by Insider to see The Volume for yourself! You’ll want to jump right into the Star Wars universe and cradle “Baby Yoda” in your arms after one look at this marvelous innovation!

‌Wasn’t that amazing? Explore Insider’s YouTube library for more videos that are sure to make you shout “Wowza!”

This is the way!

For every cool gadget in the world, there’s usually a team of people working hard in the background to make it happen. In this case, this team is called the “Brain Bar”!

These are the folks that make live adjustments to the LED background in The Volume during shooting. (Much faster than painstakingly deleting all of the green screen afterward!) Sometimes, they have less than 5 minutes to complete their edits while the scene is being shot! Talk about working fast!

You might never realize just how much some bad lighting or a bogus lightsaber reflection can take you out of an experience until you see how much work it requires to remove it! This video by Vox gives us a closer look at how the Brain Bar works their magic. Let’s see how they’re doing it!

‌Thank you, Vox, for helping us appreciate the imaginative and extremely detail-oriented work these creators are doing! You can see more from Vox by visiting their YouTube channel here.

Well, along with your typical motivators like time, money, and resources for travel and set design, this new technology has given us a profound improvement on our ability to tell stories!

Now, the actors can physically see their environment, rather than simply having to imagine it on a green screen. Being in The Volume is such a lifelike experience that actors often have to be reminded where the stage ends so they don’t run into it! That’s how realistic it feels!

Eliminating travel and using LED backgrounds also allow for the story to be filmed in chronological order, which rarely happens in the standard filmmaking process!

Shooting in chronological order is a technique that has been used by one of the best directors of all time, Steven Spielberg. Especially when working with child actors, he found that filming the story in sequence creates an unforced sense of realism for the actors that leads to a more believable performance. 4

‌Beyond the movies, and into new galaxies!

Our imagination is a powerful tool, and when combined with technology like The Volume, there are so many possibilities!

Could The Volume be used as a way to see the wonders of our own planet without the expense of flying or sailing? Just think of the class field trips you could go on! When we keep pushing one another to imagine new things, we continue to expand what’s possible.

Now you can wow your friends with your newfound knowledge as you settle in to watch the next season of The Mandalorian! And maybe this time, you’ll pause to soak up the wonder of the background—there’s so much hidden beauty right there!

Fuel up your imagination with some of these throwback articles from our archives!

How We Predicted the Walk on the Moon, Cell Phones, and Siri!

For centuries now we have had a way of looking into—and even shaping—the future. But how is this possible? Well, some of our favorite movies and television shows are already giving us a glimpse into what life may look like in tomorrow's tomorrow! Ready to take a peek?

Explore the “Uncanny Valley” Through the World of Special Effects!

Did you know there is a fascinating reason why some special effects leave people cold (even queazy) and others transform our reality? This is the result of an effect called "the uncanny valley". Here is the fun and wonder in all that!

What if you could step into an entire world created by one of your favorite artists? Here's a peek at what happens when you mix the wonder of virtual reality with the magic of a Disney animator! 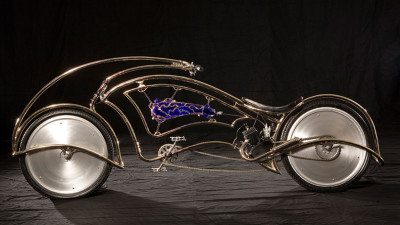 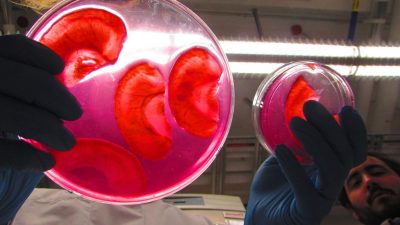 What if we let creativity and play mix with science? Here’s a lab that is doing just that, and in doing so coming up with incredible discoveries, like the ability to turn apples into ears… 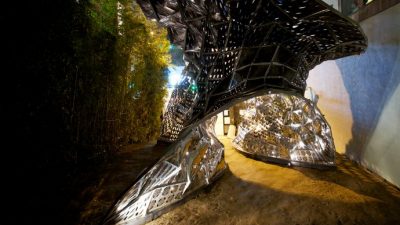 Could We Live in Houses That Breathe?

Sounds a little crazy, doesn’t it? Let’s rethink what a building can do by following one architect on a journey to create eco-conscious additions that’ll breathe with the world. 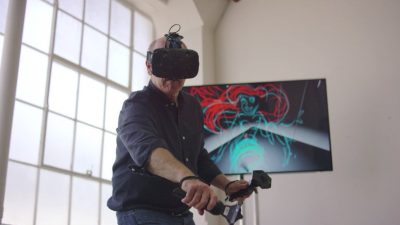 It's about time there was a networking platform wh

When it comes to survival, we all have our own uni

Words are important!⠀ ⠀ Save this quote for in

Discover something delightful that EVERYONE can ag