What do bugs and the present every kid put on their list for Christmas in 1989 have in common? Well, if you’ve ever watched Wallace & Gromit, King Kong, or The Nightmare Before Christmas, then you now know the answer to that question!

As it turns out, these surprising objects represent the beginning and the continued innovation of something you’ve seen before; stop motion animation. Whether on the big screen or in your living room, the magic of stop-motion animation has been a part of movie-making for generations now, and it’s all thanks to the initiative of an insect collector who wanted to see his subjects dance. 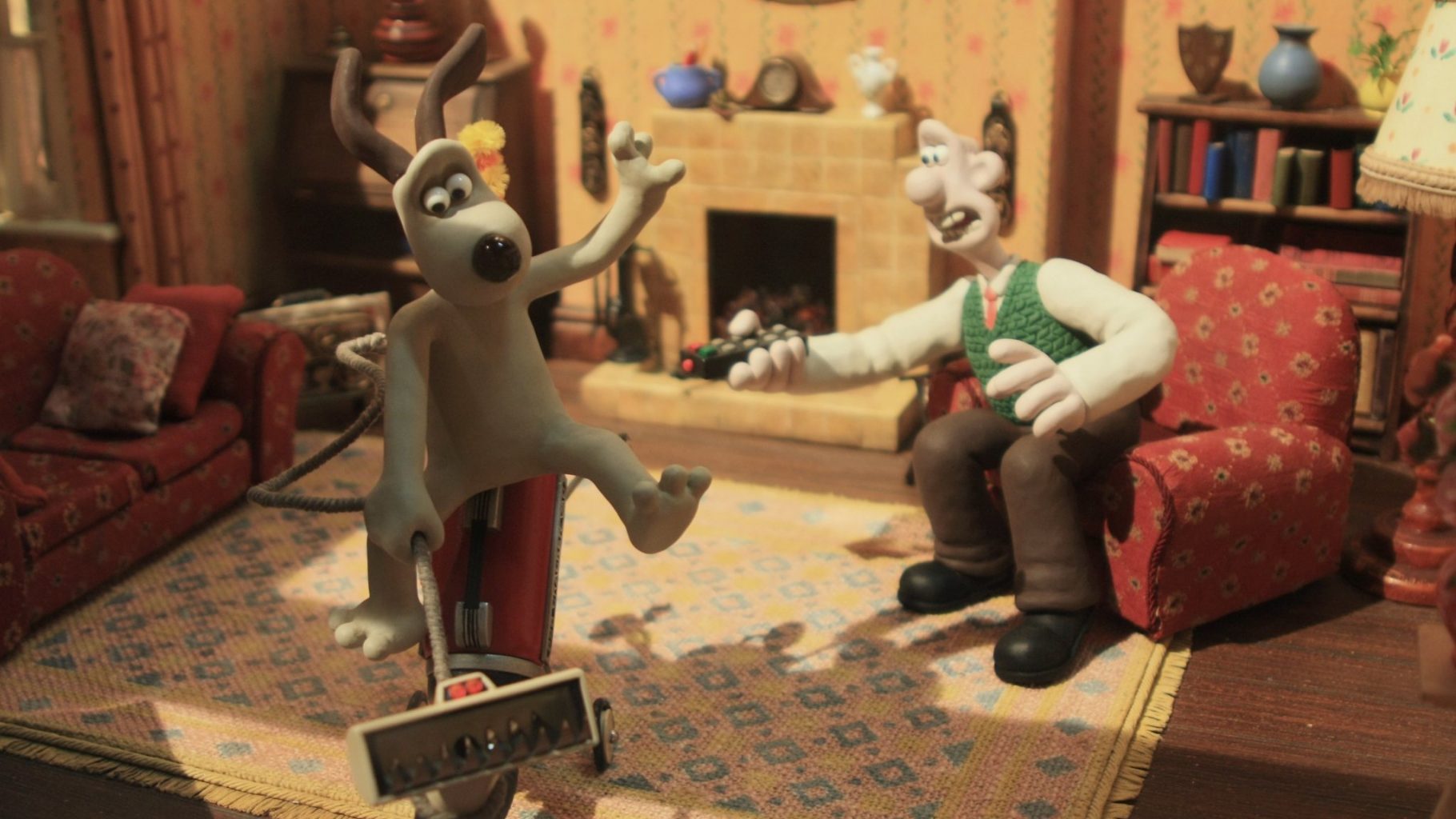 Wallace and Gromit!
Story and animations by Nick Park, and produced by Aardman Animations

Shall we start from the beginning?

Now, stop motion animation didn’t get its start with props made of clay or wire. Nope! It was with stag beetles, of course.

You may recognize this star of the first-ever stop-motion film from 1910 as a thundering medieval monster in one of my recent articles, but they’re taking on an entirely different role in this story. This time, we find the stag beetle in a tale of adultery.

The creator of this fascinating tale, Wladyslaw Starewicz, was originally tasked with creating educational films about staghorn beetles fighting. However, as you’ll see in this fantastic video from Vox, what he created next was… well, not so educational.

If you’d like to watch The Cameraman’s Revenge, check it out on Vimeo here! And to learn a little more about the creator of this first stop motion film, give this article a read!

In addition, if you want to add a little more awesome to your YouTube feed, head to Vox’s channel to subscribe so you don’t miss their next video!

❤️️ Access good news at the push of a button with the Ever Widening Circles App!
Download in the Apple and Google Play stores.

Now, to the future!

…. Er, well, about 5 years ago. (That’s when the film about the next innovation we’re about to show you came out.)

This question is directed at anyone born after 1980: do you ever miss all those cool “futuristic” toys and gadgets from your childhood? Well, this animator turned one of his favorites into something that helps him every day as an adult!

Dillon Markey is an animator most known for his work with Robot Chicken and the stop motion artist, PES. And he’s transformed the 1989 Nintendo phenomenon, The Power Glove, into the tool he uses every day to create his art. It’s a long shot from creating movies with beetles, let me tell ya’.

With a little innovation, nostalgia, and some tinkering, like the earliest stop motion animators, when others have asked, “Why?” he’s asked, “Why not?!”

So, let’s take a look into Dillon’s world and what it’s like for him to animate today in this film from director Ava Benjamin Shorr called, Playing with Power.

Are you interested in seeing some of what Dillon Markey has created? Check out his portfolio here! And if you’d like to learn a little more about The Power Glove give this video a little watch to hear some history and a little demonstration.

Oh, and if you love movies, you’re definitely going to want to check out our article about how special effects have been done throughout history!

Explore the “Uncanny Valley” Through the World of Special Effects!

Did you know there is a fascinating reason why some special effects leave people cold (even queazy) and others transform our reality? This is the result of an effect called "the uncanny valley". Here is the fun and wonder in all that!

When we peer behind the curtain of what we see every day, we find that there’s more to most stories than meets the eye.

From this day forward, when you see stop motion, you’ll be able to tell your friends about how adulterous bugs blazed a trail for this art form. Or, maybe, now that you’ve had a backstage look, you can try your hand at making a film yourself! This article from WikiHow gives a super simple explanation on how to create your very own stop motion film. Who knows, maybe I’ll even give it a go!

I have to say my main inspiration (if I decide to do this) will come from this next video. As a result of watching this video repeatedly in the early 2010s, I have a soft spot for adorable creatures held together with glue and that seems like something I could pull together right now. Now, the task is just to find what I’m going to make it out of…

But while I figure that out, let me now give the stage to the stop motion video that still brings me as much joy today as it did a decade ago, Marcel the Shell with Shoes On. He’s a spunky go-getter, narrated by Jenny Slate who shares his day to day life with us! (Maybe this will give you some ideas on what to create, yourself?)

How cute is that?! And it’s produced completely with objects you can find in your home. (Oh, don’t worry: there are two more episodes with Marcel if you’d like to keep watching! Click here for the second episode and here for the third.)

Oftentimes, we don’t need to travel far to discover something new and amazing.

Sometimes, it simply takes getting curious about what’s in front of us! Maybe, that shell you brought home from the beach will turn into an internet sensation? Or, maybe you discover that your washing machine has done a whole lot more than just clean your clothes! Whenever we look a little closer at what’s already in our lives, we’re sure to find something awesome.

Just check out the articles below to uncover a little of this world of wonder in the common objects around you! (Are you wearing buttons right now? You’re definitely going to want to check out that article if you’re thankful for your pants staying up.)

After seeing this TED Talk you will never look at your washing machine in the same way again! It's time we celebrated this amazing technology!

Can Your Buttons Change the Way You Look at the World?

It's a simple innovation but the button is one of many small wonders we see every day. So what is it that makes the button so special, and could learning about it make us happier, maybe even come up with the next small wonder? It can!

What if beauty was all around us, in puddles and drainage ditches? Well, it most likely is and here's someone who can show us!

So, what are those unheard stories happening around you?

Do you know how your chocolate bar got in your hand? How about what’s happening under the ground between the trees? Have you discovered what makes your dog such a super smeller? Or, what about what’s actually happening when you wash your hands? There’s a whole world to explore where you sit right now! And I hope that I, and the rest of the crew here at EWC, can be your helpful guides through it!

Hey, did you know you can access uplifting EWC content whenever you need it, right from your phone?

Oh yeah, that’s right, we’ve launched an app! 🎉 We’re on a mission to change the negative dialogue about our times, and your subscription is a vote for positivity! Download and subscribe now for only $.99 per month, or $9.99 annually over in the Apple or Google Play stores! 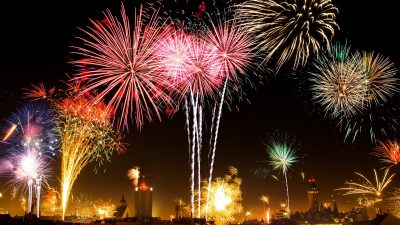 When you see fireworks, you’re witnessing an art form with a surprisingly rich history. How fireworks grew from scaring away a creature of lore to the beautiful spectacle today is an incredible story that will leave you with a little more awe the next time you see the night sky light up. 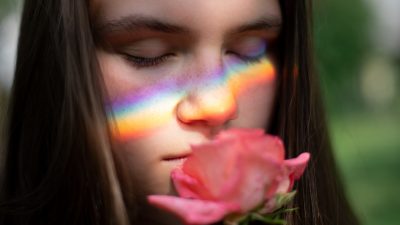 Walk Through the City You Didn’t Know You Were Smelling Everyday!

Perfume has influenced our lives for more than 4000 years! But did you know many of the perfumes we know best today have their origins in the fields and flowers of one city in France? Let’s travel to this city behind some of the most iconic smells in history to learn how perfume has shaped our cultures. 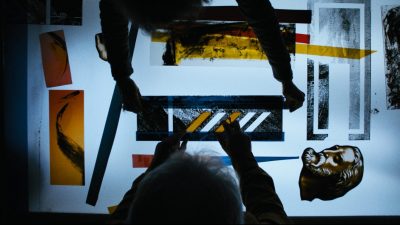 Experience the Magic When Craftsmanship and Artistry Collide!

For decades, stained glass craftsman Norbert Sattler has invited artists into his studio to create magnificent works of art. Together, they create pieces that would be impossible without each other’s expertise. Here are some lessons in love and artistry that he’s learned along the way! 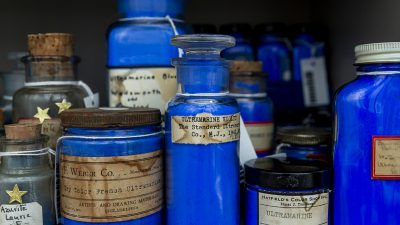 Hunting Down the World’s Most Brilliant Colors!

Have you ever wondered where colors come from? Who collects them? And how did they end up in the world’s most famous paintings? We’re discovering the magical world of pigments and the lengths we will go to bring colors into our lives!