Mole Poblano Asuncion is a business lead by three generations of women that began with a simple concept: giving people a taste of home. Now, these women are cooking up nearly 2000 pounds of mole sauce every day and sharing it with the people of New York City and beyond!

We know that food says a lot about who we are, but what can it bring to people who are far from their culture and missing home? Sally Rojas, the third generation of mole makers at Mole Poblano Asuncion attributes much of their success over the past 15 years to this desire to have a taste from home.

So, what does this kind of family business look like up close? Let’s head there ourselves! With the wafting smell of toasting almonds and frying garlic hitting us as we reach the door.

A Taste of Home

Mole Poblano Asuncion began as a way for the matriarch of the family, Damiana Bravo, to make ends meet when she moved to New York City for a factory job in the 1970s. She began making her mother’s mole recipe, having to look far and wide for the ingredients she knew from home. But as she brought the mole to work with her, her fellow immigrants from Mexico wanted sauce of their own. So, she began selling it pound by pound. 1

Of the 1 million Mexicans living in the tri-state area around New York City, half are from the area of Puebla, the culinary home of mole. This is the sauce that flavors the most important events in life for many people. As Daminia says, it’s the first thing you learn to make in her home region of Puebla, after tortillas.

So to enjoy the wonders of this kitchen and the give us a taste of the hard work that goes into making mole we have a great piece from Great Big Story!

If you haven’t discovered the wonders of Great Big Story’s YouTube channel, head over and check them out. They have stories from around the world that will give you a glimpse at the amazing, the profound, and everywhere in between.

The Food We Love

Food connects us. To our homeland, to our families, and to the traditions we love.

How we grow, prepare, and share our meals is often a quintessential part of our identities. Food is a way of communicating. Whether that’s between distant cultures or through the generations. What we eat, and how we prepare it speaks thousands of words.

I’ve curated a few of my favorite stories of food from Ever Widening Circles for you to enjoy if you’re not ready to have lunch yourself now!

How can farming blend scholarship, tradition, empowerment, and service to the community? MA'O farms in Hawaii is empowering the young people of Oahu's Waianae coast with a program that is changing countless lives and building a stronger future!

We Are What We Eat

What does dinner look like around the globe? Matthieu Paley, a National Geographic Photographer set out to document the culture of food in places untouched by supermarkets...

The Bread as Unique as the Place You Make It

There is a revival happening. And it's coming in the form of something we all love: bread! Sourdough has been a connection to the bread ovens of our ancestors for more than 5000 years, and now you can travel the kitchens of the world from a unique library in Belgium!

If ever you find yourself in New York and find Mole Poblano Asuncion sauce you can now appreciate the love and care that goes into making it.

Our world is filled with stories of triumph and family like this, it’s up to us to celebrate them.

We want to know about the foods that mean the most to you. What story does food tell about where you come from? Share it with us on on Facebook, Twitter, and Instagram using #ItsStillAnAmazingWorld! 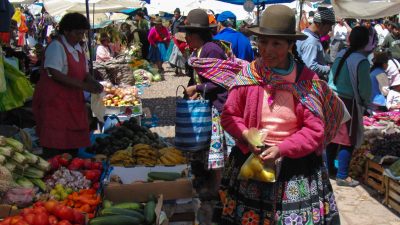 Tasting Peru: from Sea to Summit, the Andes to the Amazon

Our foods and their traditions tell the stories of who we are. And even when we can’t seem to find common ground with someone on anything else, we can find common ground around the dinner table! Food is powerful. So we’re traveling to one of the most diverse foodscapes in the world to see how they’re preserving the legacy of their remarkable culinary culture! 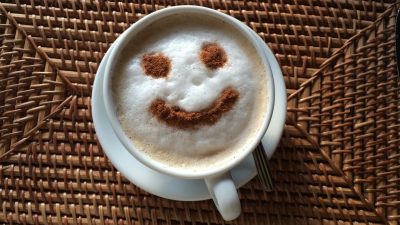