There’s a panic, almost sinking feeling in our stomach right before embarking on a new journey, making a big leap or a pressing decision. Perhaps you’re taking on a new job or a moment of leadership. Or maybe you’re just going to the gym for the first time in a long while. So what do we do when we feel that way? Does it ever get easier? Perhaps an extreme athlete, like kayaker Nouria Newman, has a story on being prepared we can learn from!

Instead of starting a new job, in August of 2018 Nouria Newman embarked on her first major solo trip, kayaking 375km down the rapids of the Himalayas. Over the course of 7 days, she journeyed down the Tsarap, Zanskar, and Indus rivers in India’s Northern Ladakh region.

Along the way, she filmed her adventures. From moments of quiet solitude on astounding blue waters to near-death experiences on the rapids, we get to experience what she experienced. Watching her along the trip, it’s hard not to be struck with the emotional journey the expedition took her on. Though what is most striking, is the way in which her experiences, on some of the most extreme circumstances, mirror our own as we embark on the far less extreme endeavors of our daily lives. 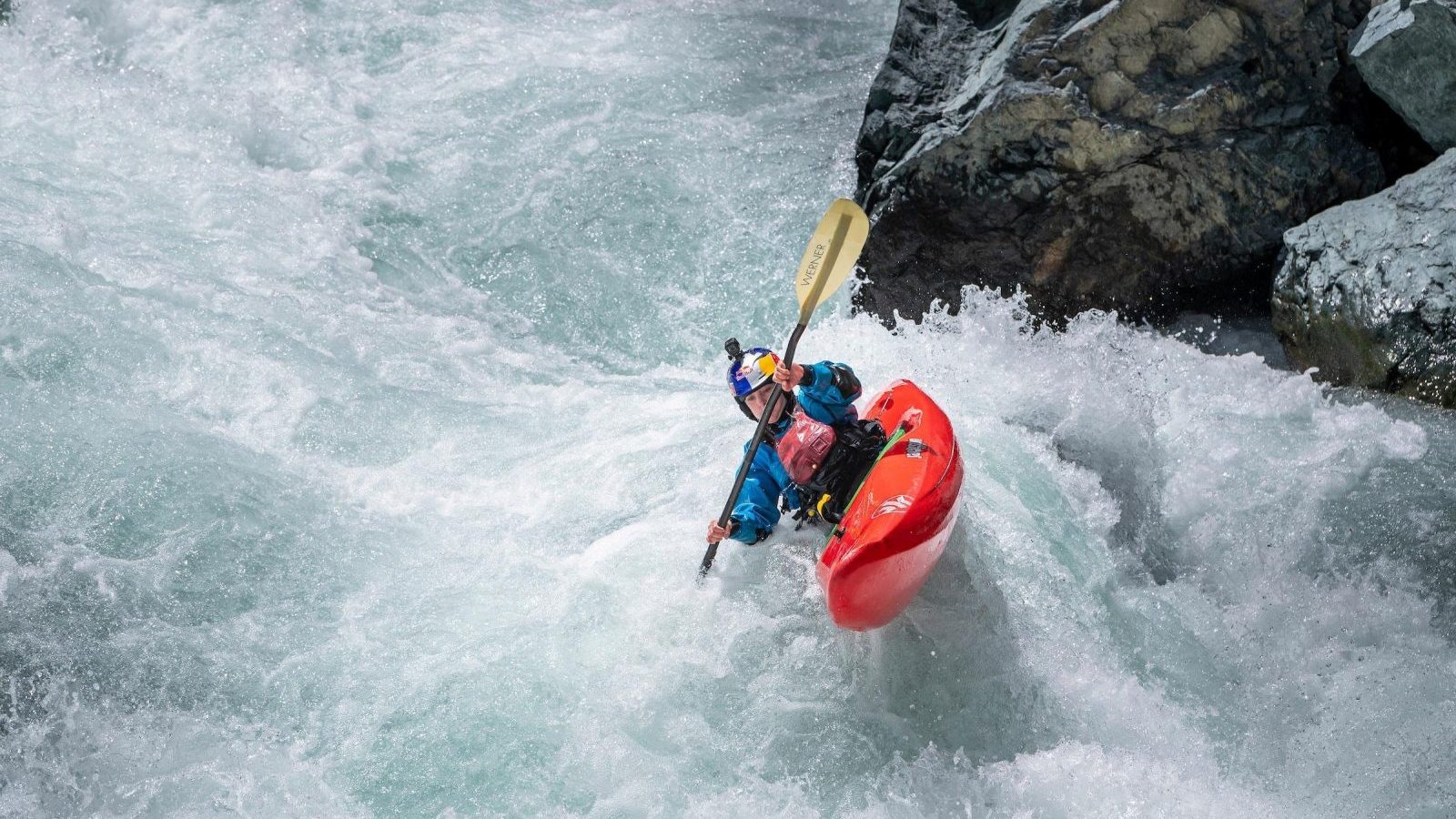 When was the last time you took an adventure on your own?

Nouria’s trip to Ladakh actually began in southern India. After a competition in Kerala, her initial idea for a trip was to kayak India’s southern rivers. These plans were brought to a halt though, as flooding and other difficulties came up. So, instead of flying back to her home country of France, she decided to head north where she had heard about the famous Zanskar and Indus. 1

So, her solo trip began, unfortunately, not before the dry suit that would give her proper insulation for the frigid waters of the north made it to her. 2

Being Prepared is Always Your Greatest Asset

The astronaut Chris Hadfield has a great twist on an old saying:

For himself, other astronauts, and anybody preparing for something big, even potentially dangerous, “sweating the small stuff” is all about being prepared ahead of time so that if something does go wrong, you’re ready.

Nouria is one of the world’s best whitewater kayakers. She’s well known for her skills in many of the sport’s disciplines and is a champion in freestyle, slalom, and extreme kayaking. Even with this vast set of skills her river journey in Ladakh was not without its share of harrowing moments.

I don’t want to spoil this epic journey for you, so let’s take a look!

If you want to check out more incredible athletes competing and taking on the world in some of the most extreme ways, head over to see more videos from Red Bull. It’s an amazing look into the extremes humans are capable of mastering.

If you’re like me, Nouria’s experience of getting stuck in a rapid and having to get herself out was a moment that made you hold your breath. This story gets even wilder when you learn a little of the backstory on that moment.

This is where having the technical skill and lots of knowledge is important. After 20 years of kayaking, Nouria is skilled at reading the rapids, but even though she knew exactly what line she was going to run, she missed a small move and was set off her line.

From here she was stuck. Even with her safety equipment, she was unable to secure herself to her boat and jump out onto a rock. As she maneuvered, she fell out of her boat, was pulled under a rock by the water, and had to fight to get out. By chance, she was able to not only swim her way to her lost kayak but also find her paddle as it floated past.

Had she lost any of those things, her solo journey would have been over. Moreover, she would have found herself in an even more dangerous situation. 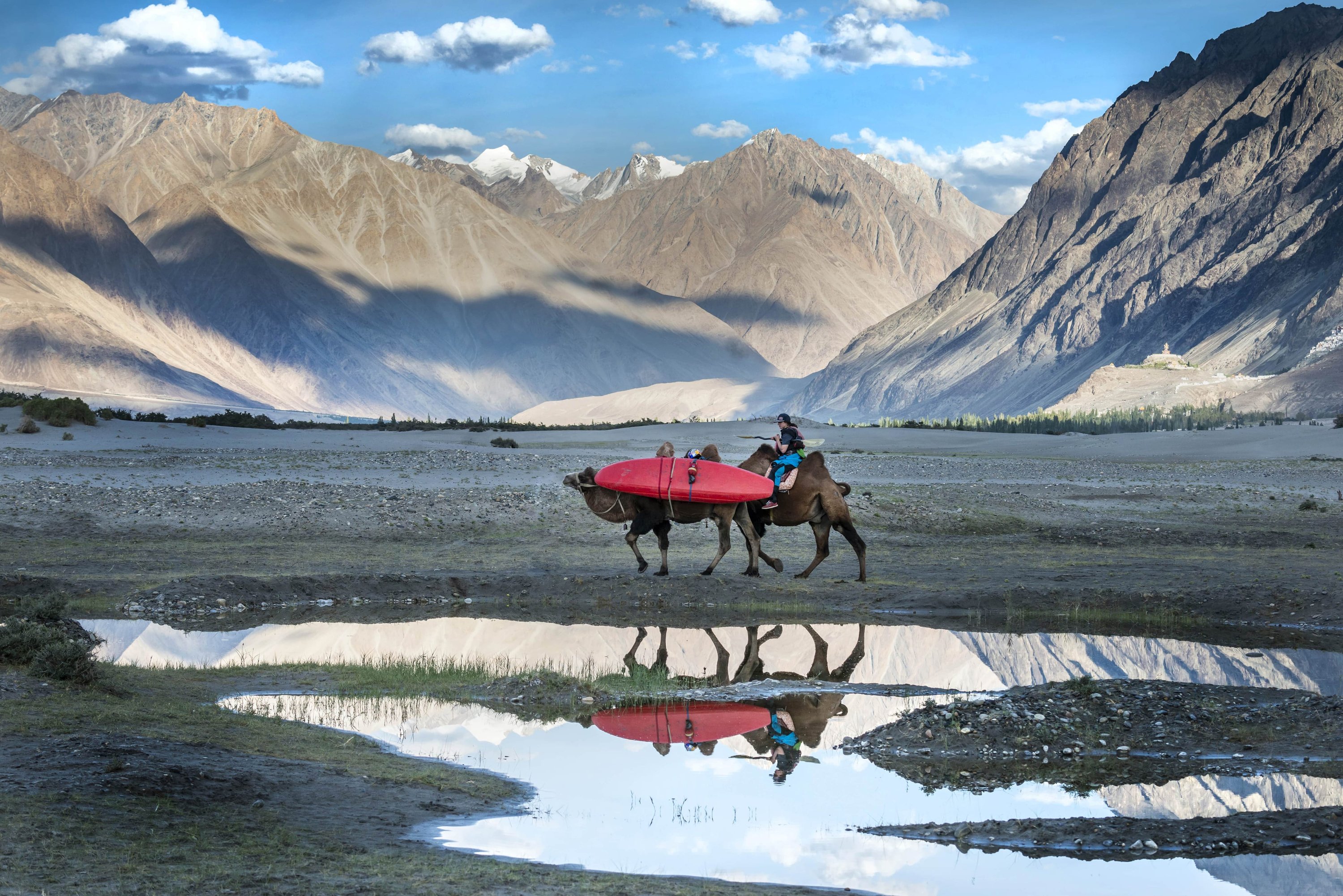 What Happens When You Go Off Course?

Nouria may have been lucky that day, but she was also prepared. Which, whether you’re running down rapids, or running to your next opportunity in life is always critical.

In a great piece, Nouria wrote for Red Bull she said of her harrowing experience on the trip:

“So, how do you prepare for moments like this? I did a whole lot of expeditions over the past two years, and on each one, I gained experience. But it is also very different each time. Things always happen, you are not necessarily ready for them.” 4

Even with the best line chosen, safety equipment in place, and years of experience under our belts, things can and do, go wrong. But recognizing that things will go wrong allows us to be flexible when we need to. More importantly, it forces us to be as prepared as possible at any time.

We panic when we are set to an outcome and don’t have the experiences to think on our feet.

So, whether you are setting off on your next big adventure in life, or just starting off on a particularly difficult day, know that if you sweat the small stuff and trust you have the experiences to be flexible when the need arises, you will be prepared for almost anything.

Have a story of adventure of your own?

After years to being “too afraid” and “too out of shape” to enjoy the wilderness in my own backyard, this year I made a commitment to building my skills in the outdoors. My goal is to enjoy the world around me a little more. It may be small steps, but these are the adventures that will prepare me for much more in the future! 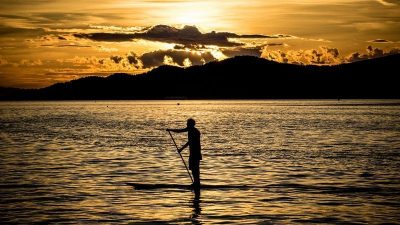 Why Paddleboard to Victoria, Canada?

Have you noticed that in our haste to make our lives easier, we actually experience far less wonder and adventure? Here’s a perspective that may feel like a gift! 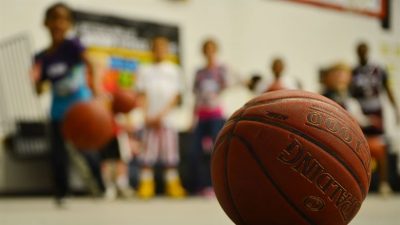 What would our schools look like if we made the most of the amazing untapped potential involving 45 million kids? There is a model for an entirely fresh approach to all youth athletics that would ensure students would leave the system at any level, with a remarkable toolbox of coping skills, character assets, and academic strength to access for the rest of their lives. Now here’s what innovation looks like at its best! 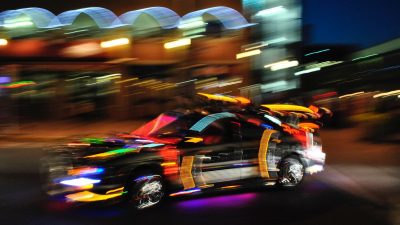 Tradition on the Track

Since the invention of the wheel, racing has been a part of life… but why do millions of people come together around car racing? Its appeal, like so many other sports, begins with something simple: community. 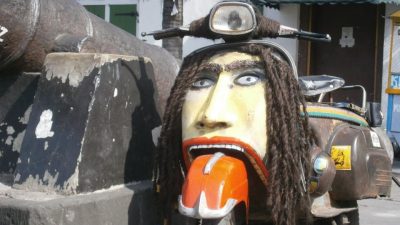 Here are two words you probably haven’t heard together before: Extreme Vespas. On the streets of Indonesia though, extreme Vespas are pushing art and culture in some wild new directions!

Here's a friendly tip we all need to hear from tim

You're capable of so much—don't let "I can't" in

What she said 👆⠀ ⠀ Developing healthier hab

Have you signed up for the Seek The Joy Summit yet

What happens when a bear cub is abandoned or gets

Saw this little guy (and 4 others!) today while wo