Is there a way to calculate beauty? Or a secret formula to a well-composed painting or the part of a song that makes your heart race? Turns out there is a “golden ratio” that shows up in many of the designs that captivate and delight us!

You might be familiar with the image of the inside of a nautilus shell or the way the individual scales of a pinecone spiral outward at the base. Like some kind of code from the great beyond, the golden ratio appears to show up all around us.

Very often, this is represented in the visual world but is it also happening in the music we make! You might never listen to your favorite song the same way again after this article. 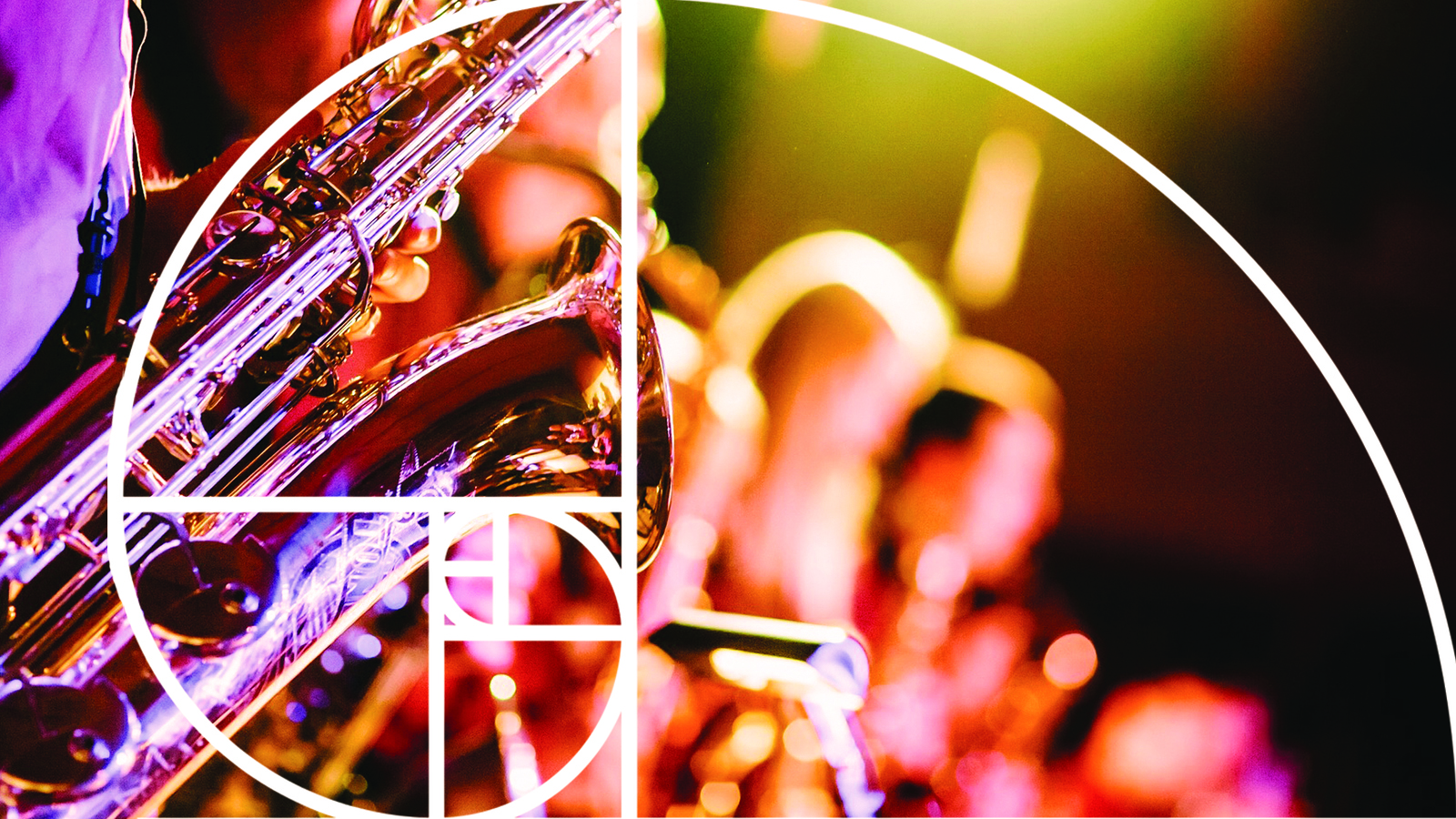 Let’s start with the basics.

What is this “golden ratio”?

It really begins at a fundamental level for humans. Some scientists believe that the ratio appears to be designed into our works of art and architecture because it is the flow of imagery that is easiest for our brains to quickly scan and understand! 1 With this ease comes a sense of pleasure, and thus, we tend to replicate that feeling as we create.

This is why many people have found it in works like the Mona Lisa, the Pyramids of Giza, and the Parthenon.

So, what’s going on here mathematically?

The golden ratio is the irrational number Phi. Irrational essentially means the number goes on and on with no end digit, like the better-known number Pi. If you were to round it, Phi is generally equal to 1.618. 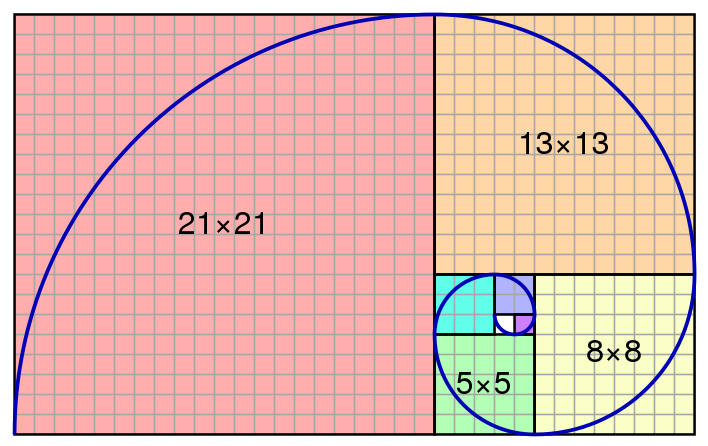 But what does this have to do with music?

As you’ll see in the video below, musicians and mathematicians have been looking at music for a while now and are finding that Phi isn’t just for the visual arts. You can find these “Phi moments” in music!

Is this just a coincidence? Or was it intentional? Maybe used as a way to set up creative constraints to make something spectacular?

Once you’ve heard a Phi moment, you’ll start asking yourself, what’s going on here? The PBS Digital Studios series Sound Field dove into this question and here’s what they found…

If your a fan of the behind-the-scenes world of music or music history, make sure you check out Sound Field. They explore everything from the origins of funk music to the way technology has reshaped the music we listen to today!

Give that experiment they mentioned a go. Take your favorite song and find out how many seconds it has. Then, multiply that by .618. Now, head to that point in the song and see what you find. I gave it a try with a few of my favorites and the vast majority were either at a high point in the song or just reaching it!

This got me thinking, is there a Phi moment in concerts? In playing a series of songs with their own Phi moments is there ever a point in a concert that is a phi moment? One that really is happening unintentionally?

I don’t have an answer but the next time you’re at a concert, maybe you could do an experiment to see when the crowd’s favorite tune comes on.

If you want to learn a little more about the golden ratio and some of the other mathematical concepts they mentioned in this video head over to the following article. It features two fabulous TED Talks from the incredible mathematician and educator Arthur Benjamin.

Let us know what you find!

Put your Phi glasses on and do some digging of your own. Where are you finding Phi? Share this story with a friend! Who knows, maybe they’ve been recognizing Phi moments for years without knowing they were out there.

Whether you’re excited by the mathematics of it all, the beauty, or even the randomness of the world, the idea of a Golden Ratio probably explains some little corner of this planet that you know about.

Really, the best part about it is how knowing about this ratio can leave us walking through the world with a little more awe.

Let us know on Facebook, Twitter, and Instagram! Tag us make sure you use #itsstillanamazingworld so that we can hear what you have to say! Liesl gave the Phi moment experiment a test on one of her favorite songs, Staying Alive by the BeeGees (which was also the first song on her iPod as a 12-year-old), and found that it totally worked! 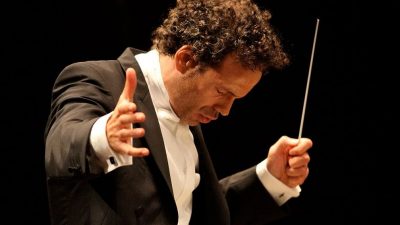 What Are Conductors Even Doing?

Most of us have pretended to be an orchestra conductor at some point in our lives. The interesting thing is, we actually understand, on some level, what we’re doing, even if we know nothing about music! This is a fascinating and fun window into a world we never knew we shared. 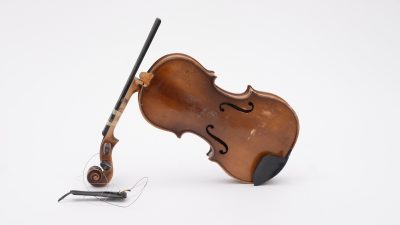 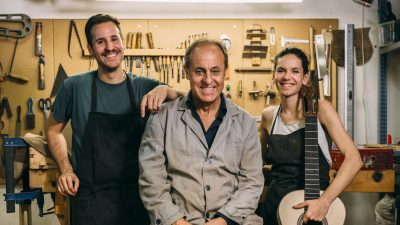 Crafting the Soul of the Spanish Guitar

At the heart of the music we love is a soul besides that of the musician’s. A guitar is more than just a guitar — it’s made from generations of love and dedication to a craft. Meet the skilled hands behind some of the world’s most beautiful music! 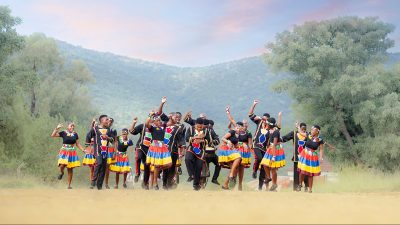 The Choir That’s Leading the Way to a Better World

Have you had a “goose-bump moment” yet today? Here’s your best chance! From South Africa to the stage of America’s Got Talent, the Ndlovu Youth Choir is sharing their dynamic performances and uplifting stories with the world.

She may be little, but she is fierce! Meet Little

You know that video of the guy pulling the straw f