“The world is so empty if one thinks only of mountains, rivers & cities; but to know someone who thinks & feels with us, & who, though distant, is close to us in spirit, this makes the earth for us an inhabited garden.” ― Goethe

What if you could continue the work on the same giant piece of art someone started thousands of years ago?

Well, if you head over to the Oxfordshire region of England and visit the Uffington White Horse, you can! Every few years, people gather on this hilltop to maintain the ancient piece of living art carved into its surface—just as they’ve done for thousands of years.

This is one piece of history that we can all have a hand in preserving! 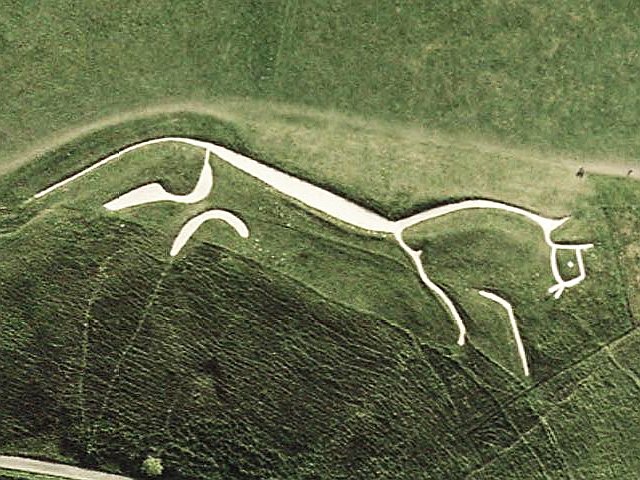 The White Horse is believed to be at least over 3,000 years old, making it the oldest chalk-cut art in all of England!

The English Heritage site states that the horse “has been dated to the later Bronze Age or Iron Age, between 1740 and 210 BC” but why exactly it’s there is still very much a mystery 1.

Regardless of what the actual reasoning for the White Horse’s existence is, we know one thing to be true: once upon a time a group of people came together and carved a large horse into the side of the hill near Uffington Castle. (A pretty impressive feat for a society who didn’t have the bird’s eye view of a drone to help them with the design!)

And what makes it even cooler is that ever since it’s creation, people have been gathering together to make sure the horse stays intact; clearing weeds and breaking new chalk inside of the lines. (In the past, thousands of people would show up and they’d have an entire party around the occasion!) It was even camouflaged during World War II for protection. 2 3

It’s said that without this interference led by the National Trust, this football field sized horse would be overgrown in about 25 years and this physical connection to history would be lost.

Tom Scott, the creator of the video below, took part in preserving this living art and thankfully, filmed it all as a part of his Amazing Places series so we can all learn more about it! Check it out:

Pretty cool, right? You can see more awesome work from Tom Scott by visiting his website, and following him on YouTube, Instagram, Facebook, and Twitter! He brings us around the world and into so many different situations to learn more about our world! There’s some seriously fascinating (and well done) work waiting for you to explore.

Trolls We Can All Come to Love!

What if we slowed our impulse to create new "stuff", and instead, focused on using what we already have in excess? Take trash for example. Is there endless potential in the things we are discarding? Here's is someone who is pointing to possibility in a wondrous way!

The land has a way of connecting us to everyone who came before.

Think about it, where you’re sitting right now was once completely different. In the timeline of history on earth, it was most likely fairly recently when your surroundings began to change into what you recognize now; when land was cleared, houses raised, and societies formed. And even if there have been thousands of years of human development where you live, how much of what existed that long ago still remains? And what, of all that, are you able to impact with your own hands?

White Horse Hill gives us all a physical connection to the people who originally carved the figure into the hillside, as well as all of the individuals who ensured it’s survival for thousands of years.

While kneeling on the ground smashing chalk with a hammer, it seems it would almost be too easy to imagine the people before you, in that exact same spot, doing the exact same thing.

“From the start the horse would have required regular upkeep to stay visible. It might seem strange that the horse’s creators chose such an unstable form for their monument, but archaeologists believe this could have been intentional. A chalk hill figure requires a social group to maintain it, and it could be that today’s cleaning is an echo of an early ritual gathering that was part of the horse’s original function.” 5

For further information and photos of the White Horse, jump over to this fantastic article from The Smithsonian!

Looking for more history you can touch?

If you travel Northwest from the White Horse to Ireland, you can find this magical place called the Burren. Here, you can see the marks glaciers carved into the rocks as they traveled over the land, leaving seeds from around the world in their wake to grow in the soils. And behold the stone formations built by people who lived there thousands of years ago that still decorate the landscape.

Like the White Horse, the Burren has needed human interference to stay the way it is. Agriculture has kept if from overgrowing!

(A little side note: As soon as I found out that this place existed, I knew I needed to visit. I wrote the following article about it last year, and a few months ago I found out that my mother’s side of the family is from the Burren. You can consider my mind blown and savings to visit the land my ancestors helped cultivate slowly building.)

You can learn more about this unique land in this piece:

Farming the Place of Stone

Let's take a journey to a lunar landscape nestled into the hills of Ireland! A place where the history, the land, and the people have become deeply intertwined over many millennia.

So, whoever you are and wherever you are, I urge you to look up the history of your area. Who lived here before? What do we know about them? What happened here? You’re bound to stumble into fascinating stories of humans who have walked in the very spots you are now. One consequence of that is that you’ll probably have a new appreciation for where you live.

And why should we care?

“We cannot live only for ourselves. A thousand fibers connect us with our fellow men; and among those fibers, as sympathetic threads, our actions run as causes, and they come back to us as effects. ― Herman Melville

The nicest place on the internet!

Wake up to good news every day! If you enjoy our content, consider becoming an app subscriber! You’ll get notified when we publish new articles, be able to save your favorites, and support the EWC mission for less than a dollar a month! We can’t wait for you to join us! 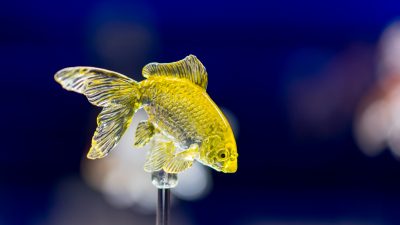 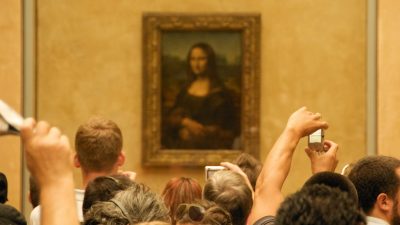 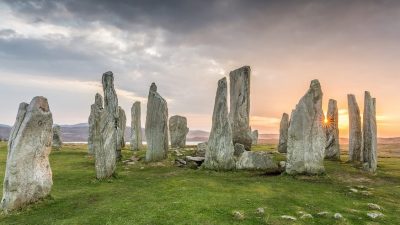 How do we keep traditions alive in this era? On the isle of Harris, the production of Harris Tweed is breathes life into old ways. Take a journey with us and explore this beautiful culture and the landscape that inspires it! 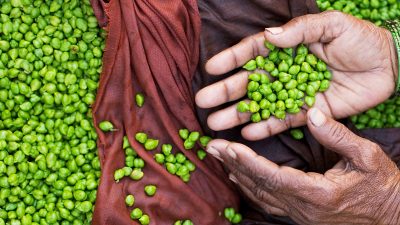 Create your next masterpiece with Blick Art Materi