“The question is not if we will be extremists, but what kind of extremists we will be. The nation and the world are in dire need of creative extremists.”  —Martin Luther King Jr.

Given the tone of our times, the initial phrase in that quote might set our nerves on end. With the word “extremist” sending our first thoughts to head off to all the chaos in the news these days.

But just let the end of that quote wash over you and consider the creative genius that has transformed our world since Martin Luther King Jr. wrote that passage in a letter from the Birmingham jail, in 1963. 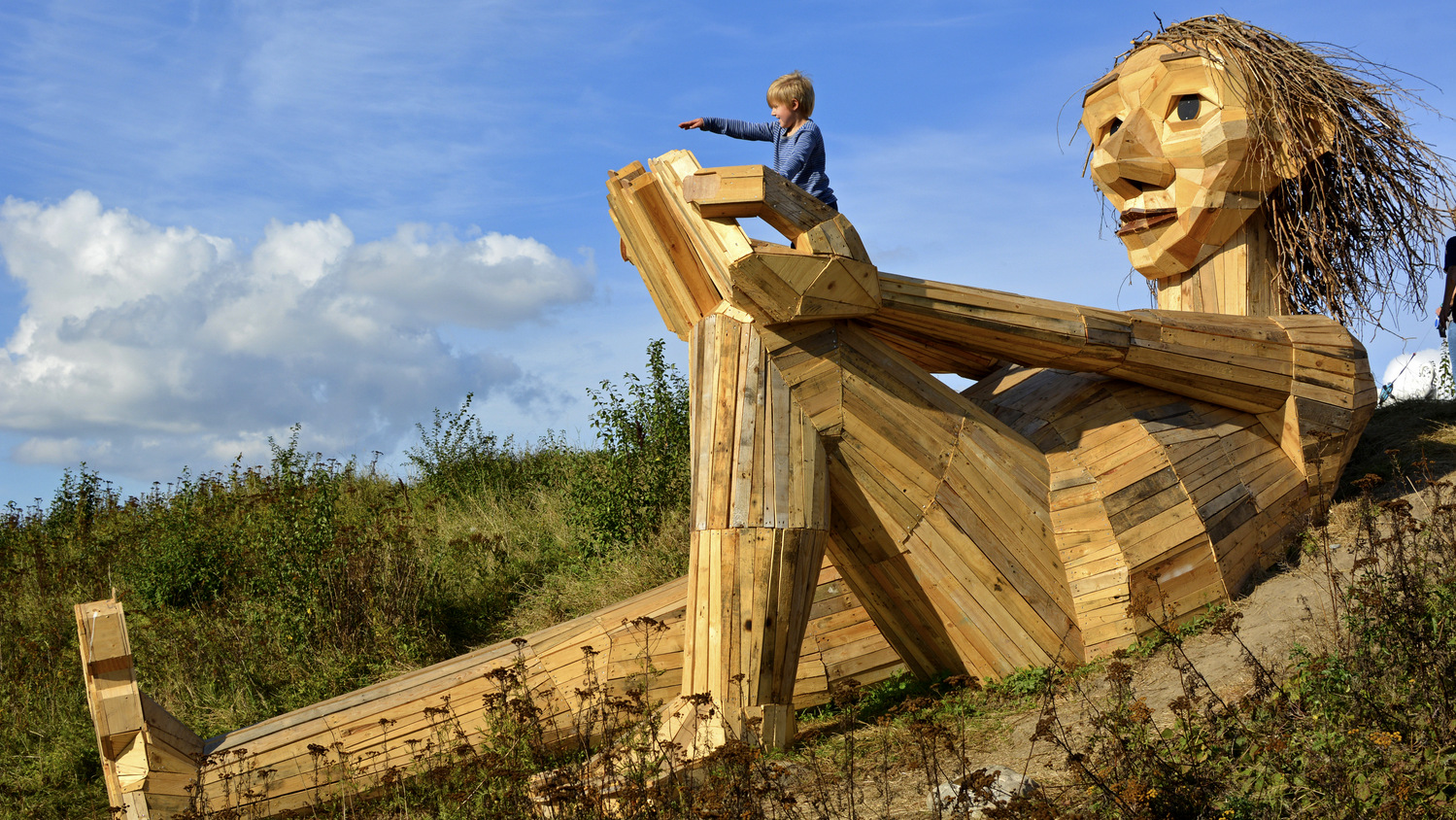 Cell phones, ATMs, the internet, cordless tools, drones, and kidney transplants were still in the realm of science fiction in 1963. Common but life-saving objects like smoke detectors, GPS, and bi-pass surgery were only a dream. And endeavors of artistic genius like The Rolling Stones, personal video recording, holograms, digital music, and the smiley face were not yet a part of the social fabric.

Many of the people who created those marvels may have been called “extremists” when their concepts were in the idea stages. And only by their belief in impossible things, we now live in a world transformed by dreams.

We’d like to introduce you to the kind of “creative extremist” who we are in dire need of today, 50 years later. He shows us how recycling, usually a rather uninspiring subject, can actually be a very exciting pathway to possibilities never dreamt of!

Thomas Dambo, a designer/artist in Copenhagen, Denmark, takes dumpster diving to new heights—literally. He builds 4 to 7-meter tall sculptures (some 20 meters long) out of used lumber that had been discarded and finds the most amazing ways to recycle almost anything he comes upon. He’s even got a video called “Remake Christmas” where he demonstrates how fun and imagination can transform a holiday that has been over commercialized. Check that out. It’s delightful!

Thomas Dambo’s extreme aspirations could change the world! He hopes to inspire people to have fun and think of trash as a resource.

To get us started on a delightful journey, let’s visit his installation called “The Troll Hunt” at the Morton Arboretum of  Lisle, Illinois. Here is a very short piece just to give you a taste of where we will take you today. And there is so much more! Have a look:

What better way to celebrate the legacy of trees than to keep them “giving” in a wondrous piece of art like these trolls giving an embodiment to the soul of a forest.

“Great things are not done by impulse, but a series of small things brought together.”        —Vincent Van Gogh

Need to know more about the story behind a special place where Thomas’s work is transforming landscapes? On Thomas’s youtube channel, you can find more videos that demonstrate his impulses as a creative extremist!

Here are just a few of the possibilities one might consider before we cart a load of used lumber off to the landfill: 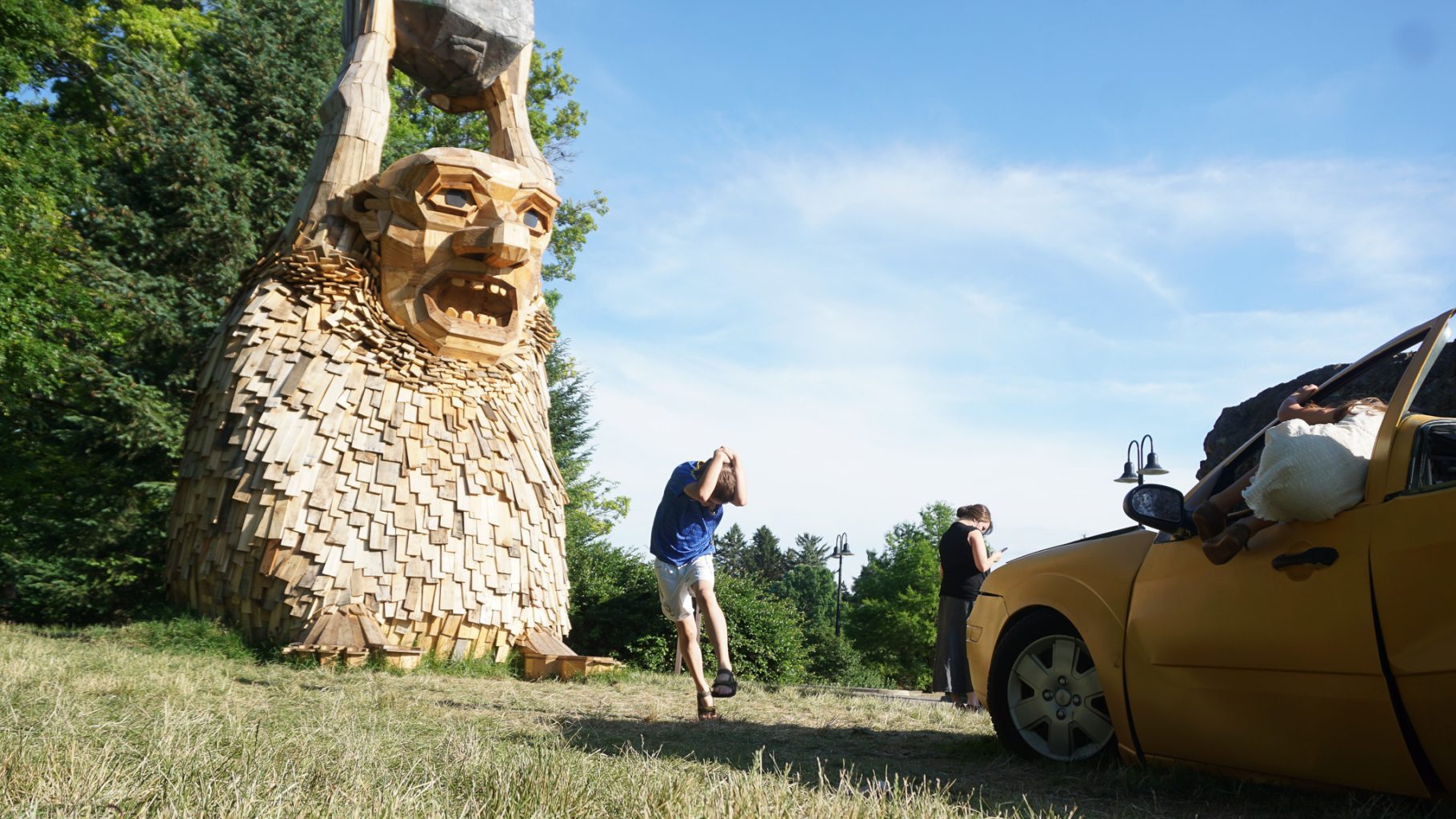 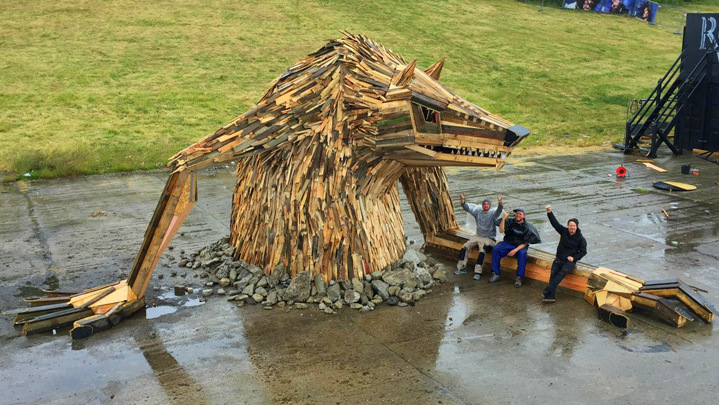 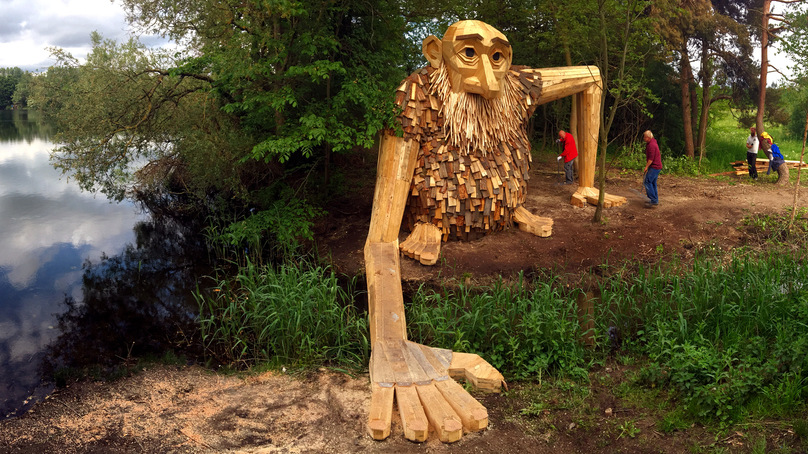 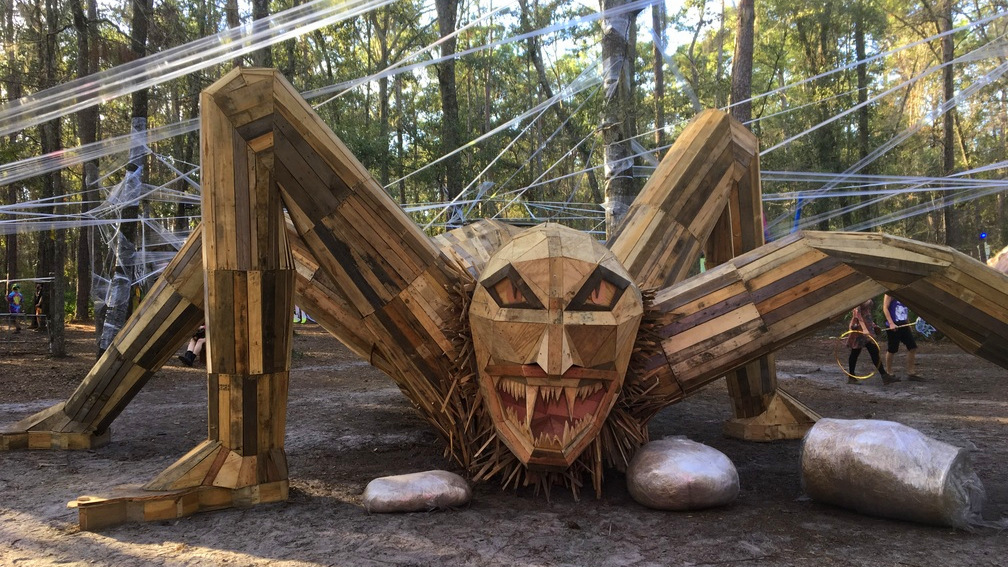 Amazing scope of ideas there!

Thomas Dambo and his team have created over 100 recycled art projects around the world in the last 4 years.

Perhaps there are some secret ingredients to making that much creativity possible? Could it be that he’s pulling together two principles that are multipliers when creative extremists get some momentum behind their projects? After publishing hundreds of articles about thought leaders, here’s what I’ve noticed are common themes to what catches fire:

2) A spirit of adventure lives in almost everyone. (The thought leaders who succeed are great at creating opportunities for others to be a part of something much bigger than themselves.)

I hope my art will inspire people to see the big potential in recycling and taking better care of our planet. —Thomas Dambo

Now that we’ve got a feel for the possibilities here, let’s let Thomas’s work take us on a quiet flight of imagination:

And just when one might be saying to one’s self, “Cool! Well now we’ve got a way to recycle lumber, but what about all that plastic we are churning out?!” Then we discover one of Thomas’ team’s favorite projects this year: The Future Forest.

And back to that instinct for bringing people together around something bigger than themselves: creating The Future Forest involved more than 1000 people!

Thoma’s website says, “Together with the pepenadores (the Mexican word for “waste pickers”), their children, more than 700 students, an orphanage an elderly home and more than 100 volunteers, in two months Thomas and his team turned 3 tons of plastic waste into a colorful 500-square meter forest with thousands of trees, plants, flowers and animals”

“The world always seems brighter when you’ve just made something that wasn’t there before.” —Neil Gaiman

Imagine stumbling upon this marvel in Mexico City:

Sort of makes one think anything is possible with a limitless mindset, the right team, and a solid vision!

If my glancing reference to pepenadores has you scratching your head, here’s a terrific article about Danone Ecosystem Fund is empowering waste pickers while improving the recycling circuit.

When we look at Thomas’s work and consider the naysayers who might not see its importance in the scope of our times, I’m reminded that throughout history, it is rarely individual politicians whose names bring smiles to peoples faces after decades and centuries. No, it’s the names of “creators” that are timeless sources of delight and inspiration for future generations.

These creative extremists, idea by idea, give the next brave, curious person something solid and everlasting to build upon.

Create with the heart; build with the mind. —Criss Jami

Let’s have a look at one more window into possibility:

Did you catch that one has to use a treasure map and poetry carved into stones near the site of each sculpture to find directions to the next? How fun would that be for a day out with family and friends? Maybe even a business meeting? We can all pick up the ball that Thomas started and run with it in new directions ourselves!

Such a great example of how genius works best: inspiring others to look at something ordinary in a whole new way.

If you are a regular visitor to Ever Widening Circles (EWC) then you know we love to play with all the possibilities in the world by featuring articles about topics that might seem rather random. It will be the lastest about driverless cars one day, and bioluminescent squid the next. Then Hindu Bagpipers and bionic hands after that.

Of course, our goal is to change the negative dialogue about our times. And it’s turning out to be pretty easy to find thousands of insights and innovations going uncelebrated in the mass media.

Here are three of our articles that are also expanding our notions of trash as a resource. You will love the spirit of these creative extremists too!

Here's an update on a project we featured two years ago when it was still a primordial concept. Now it's an inspirational story with all the elements of the best kind of progress!

Turns out that there is no end to the thought leaders who are pulling the world to new places. And you can even change a few hearts and minds yourself today by sharing this article! That’s the way it’s going to happen folks. We’ll have to work together, courageously, person by person, if we want the negative dialogue to end and a new era of possibility to begin!

And if you enjoyed this article, make sure you don’t miss our next one by subscribing! 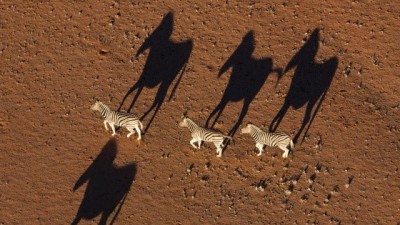 Photographer Theo Allofs took to the sky in a power paraglider when he wanted a new perspective. Here’s the story behind this niche and the remarkable tales of some of Theo’s most stunning images! 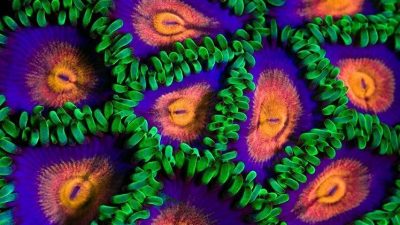 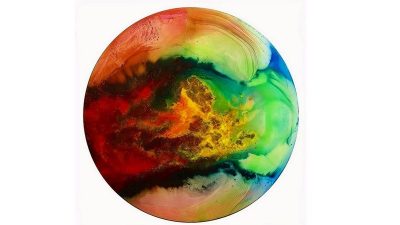 How can painting with toxic sludge save rivers? Two professors at Ohio University are teaming up to combine art and science to conserve and protect polluted waterways! 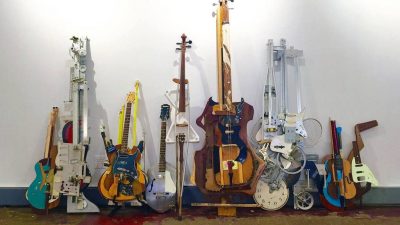 Take a look at the ground and you’ll probably notice litter almost everywhere. It’s a big problem, but luckily there are lots of people out there tackling it! Meet some of the people hard at work and how you can help them out! #ConspiracyofGoodness

If there's one thing that truly connects us all, i

Life gets busy, let us seek out the good news for

Have you called up a good friend recently?⠀ ⠀

No matter how full you are from Thanksgiving dinne

Check out Allbirds, where you can get a great pair

What are THREE THINGS you're grateful for today? G