What if she were to design a creature that was the ultimate “recycler”? One that learned to rid the planet of dead things and to use rocks as tools?

Let’s dive into a brilliant example of Mother Nature’s knack for design from “happy accidents”. As with many of the most fascinating animals on the planet, the Lammergeier takes advantage of a totally unfilled niche in the food chain by having come up with a few ingenious adaptations.

Never heard of the Lammergeier? This gorgeous, enormous bird, often called the bearded vulture, has a wingspan of 2.9 meters (almost 9 feet!) and is one of the largest flying birds in the world. 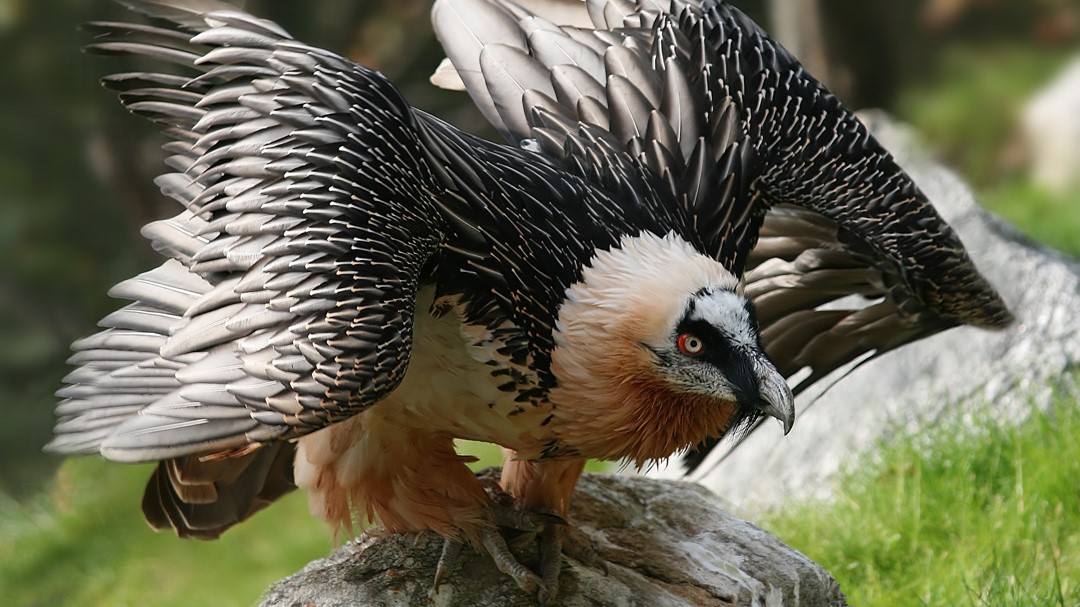 Get to Know the Bearded Vulture

The name “lammergeier” derives from the German word lämmergeier, meaning lamb-vulture, stemming from a mistaken belief that it attacks lambs. But wipe that unappealing mental image from your mind: this bird is actually among the most important group of animals in our world: 100% of its diet is scavenged from decaying carcasses that would otherwise be spreading disease and making the world a disgusting place.

This guy is on our environmental A-squad: “the clean-up team.”

I know, I know, you don’t want to hear anything about vultures; but that’s because their PR department has neglected to publicize their unique role in our world! Help us right that neglect by diving in here!

Ever notice how carcasses beside a familiar roadway seem to just magically disappear? There’s no magic there, the scavengers in our world are recycling roadkill as fast as we create it. And they do so in all places and parts of our world. But the lammergeier’s contribution to that process is quite unique. 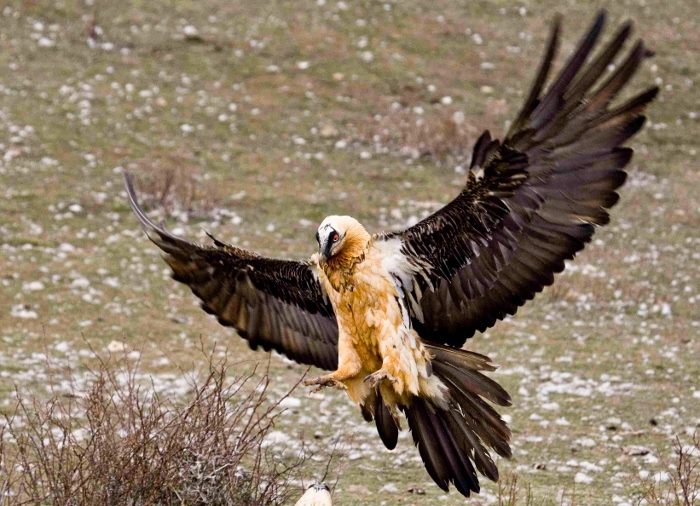 They’ve evolved an amazingly clever way to clean up the very last remnants of a carcass; they have found a way to eat the bones. In fact, unique to all vertebrates in the world, 80% of this adult vulture’s diet consists of bones rather than meat.

Though these creatures are immensely beautiful, it’s the evolution of clever problem-solving that is the amazing part of this story. The bearded vulture has found a way to get at the nutrition in bones, which allows them to avoid competition with other vultures and eagles!

Happy accidents can be useful

Some scientists think that long ago, a lammergeier ancestor found itself flying along while fumbling with a bone in its talons. The bone dropped to earth from a great height and was smashed open on impact, revealing the nutritious and soft bone marrow inside. Somehow, one or more of these smart birds put two and two together and taught their offspring this clever innovation.

Take a look at something a bit mind-bending when you pause to think about how this adaptation must have evolved from a few serendipitous events:

So that technique became a unique angle for accessing a steady food supply in a niche where there was no competition. They thrived and the birds that mastered this niche were the ones to pass on their genes (and behaviors) most successfully.

Evolution at it’s best whether we’re talking about Flying Snakes (check out our article on that!):

What if we could turn our fears into inspired insights? Flying snakes might seem to be unlikely teachers, but could they point us in some interesting directions when it comes to possibility? Take a look...

Or how chickens may be the dinosaurs among us!

Is turning birds into dinosaurs possible? Creating the dino-chicken isn't just a scientific dream. The science behind the project is already a reality!

The bearded vulture has evolved in other specialized ways to make the most of this practice!

They have immensely strong, large claws, that allow them to carry huge bones. And imagine the brain power it takes to let them fall very precisely on certain stones from 50-80 meters in the air, calculating for wind speed and the forward angle of travel.

In another critical adaptation, the stomach of the bearded vulture contains a specialized, highly acidic digestive fluid that enables them to digest the bones, which sometimes weigh up to four kilos (nine pounds). 2

And what does it say about their “social structure” to discover that vultures have developed special bone-breaking sites, or ossuaries, which generations of birds use, above which they drop the bones?

As a side note, ravens—incredibly intelligent birds on their own—have been observed trying to mimic the lammergeiers bone breaking technique, but do not seem to realize that the bones need to fall precisely on a very hard stone. So they repeatedly drop bones onto the soft turf and do not get the same results.

The sign of true intelligence is not knowledge but imagination. – Albert Einstein

If Einstein is right, then we’ve got a lot to learn from animals as clever as lammergeiers, crows, snakes and the lot!

Keep trying to ask better questions…that’s where all the insights are at!

Do you love this sort of random wonder?

Scroll down this page to find a few other articles related to this one, or head to the homepage to scroll down through the hundreds of articles EWC has written to prove this is still an amazing world!

Oh, and if you’d like to stay up to date with our articles here at EWC, please subscribe!

Louisa Ulrich-Verderber grew up in Fairfield, VT and was a “thought leader” in several fields by the time she was 20 years old. She had invented an entirely new way of going to high school and was able to graduate with a provisional patent on a new Wind Turbine technology. She was given the EF Global Citizen award and has spoken on stage in front of audiences of 400 to 1000 people. She is also an artist, making enormous metal sculptures that can be seen at BEaSPARK.com. Louisa now attends Clarkson University as a Presidential Scholar studying engineering. 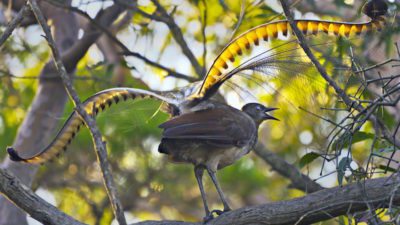 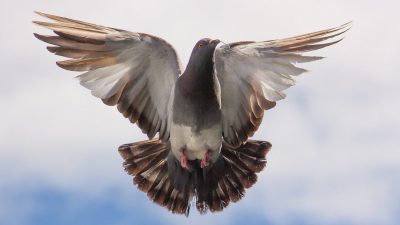 The Grand History of the Humble Pigeon

Why should we appreciate the humble pigeon a little more? It turns out, pigeons are actually much smarter than we give them credit for, not to mention we share a rich history! 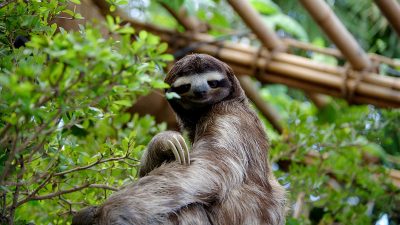 Life Advice from the Slowest Mammal on Earth!

What can sloths teach us about dealing with the chaos of modern life? Here’s a hilarious TED Talk that will have you becoming a champion of the sloth lifestyle for yourself. 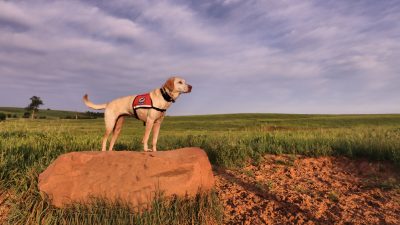