How much potential progress is being lost because the right mind just isn’t being groomed to come up with the next big idea?

And how does fear of failure affect what we pursue?

For many of us, it’s a fear that’s stood right next to us, or maybe just behind whispering in our ear, our entire lives. There’s a multitude of reasons for its presence but more than likely, you can trace it directly back to the varying expectations around failure placed on us in our childhoods.

Reshma Saujani noticed this correlation, so in 2012 she began Girls Who Code to help change the pattern. This phenomenal organization is inspiring lives in every zip code, so let’s learn how. 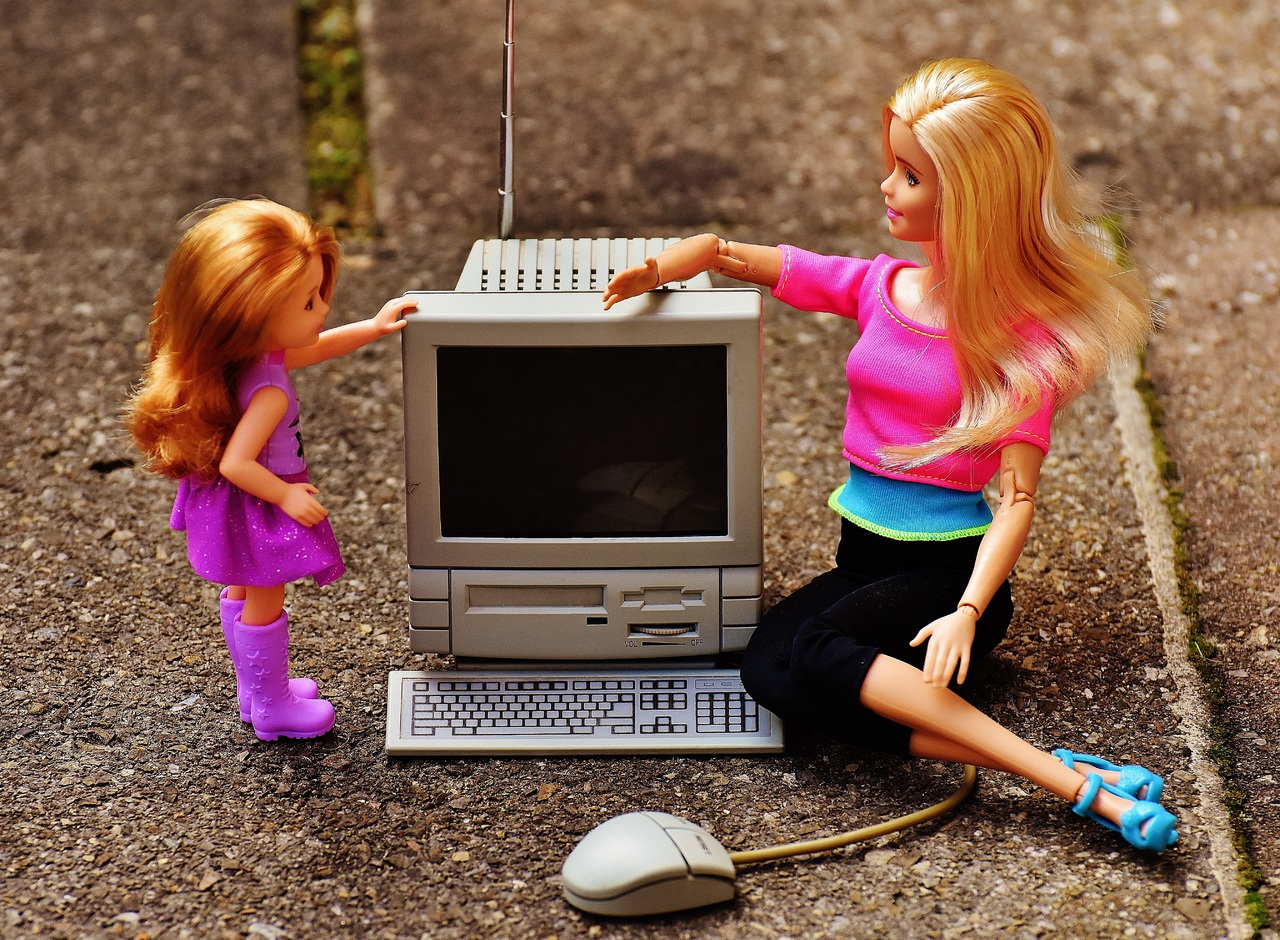 If you go to the about section on the Girls Who Code website, the first line you’ll read will be, “Girls Who Code was founded with a single mission: to close the gender gap in technology”. If you’ll scroll down the page a bit further, you’ll see why. They report that in 2017 only 24% of computer scientists are women, which, as I’m sure you’ve gathered, is quite the gap. 1 But why is that?

The Very Human Origins of the Modern Computer

Did you know, before the invention of programmable computers there were human computers? Let us introduce you to one of those human computers who also played an important role in shaping computers as we know them today!

Let’s go back to the fear of failure I mentioned in the beginning. We all have it in various forms, but can we blame fear of failure for making computer science such a male-dominated field? Could fear really be a factor? And could the experiences of our childhood be behind all this?

Reshma discusses this quandary when she sits down for this amazing segment of NPR’s TED Radio Hour with Guy Raz.

Her entire TED Talk, Teach Girls Bravery, Not Perfection, can be found here.

You know, it’s an amazing world because we all share it. So what kind of progress would happen if we were all raised with the same expectations? Given the same opportunities? The same support?

Despite not having eyes, Daniel Kish has taught himself to "see" with human "echo-location" and he is teaching others. His story is a remarkable testament to what happens when we never get the memo about things that are "impossible" and instead make what we have work for us!

So back to my opening question: How much of this potential progress is being delayed because the right mind just isn’t being groomed to come up with the next big idea? Or because maybe someone already has this great idea, but they’ve been unintentionally groomed to be nervous to share it with the world? Unfortunately, we all lose out either way.

What if we all approached risk-taking differently? What if Reshma Saujani is really onto something here?

Judging by the 90,000 women who have already gone through the Girls Who Code program, with a high number of alumni announcing majors in Computer Science as they enter college, it looks like she is. 3

It’s apparent that if young people are given the tools and the support to try and fail and to do it all over again, they’ll have a better understanding of what they’re capable of, what they enjoy, and the drive to make what they want a reality.

Here’s How Failure Can Be Great!

In a world so full of advances of course there have been a few set backs. The Museum of Failure in Sweden has curated some of the best for us to view and to see that yes, failure is always an option and it has so much to teach us.

Share this article with someone who may need a little boost to try something new. Let them know that failure is an option (and bound to happen) but it’s not a defining moment or a prediction of what’s possible.

We found a fabulous article in Forbes magazine with 30 of the most amazing quotes from people with inspirational stories of facing their fears. Check out the whole list. Here are a few of our favorites that you might not have seen before: 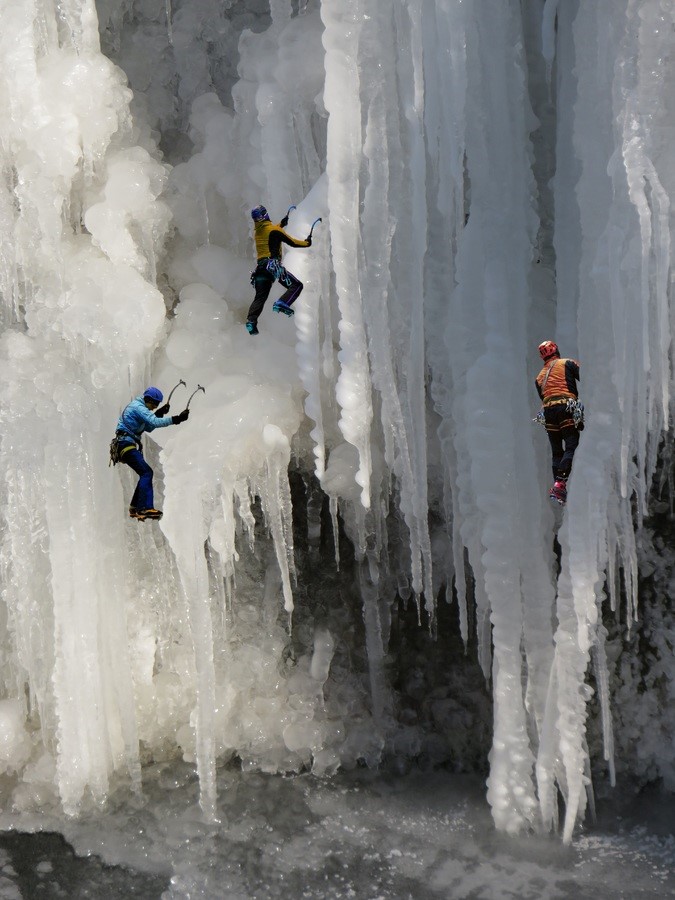 “Everything you want is on the other side of fear.”  – Jack Canfield

“Only those who dare to fail greatly can ever achieve greatly.” – Robert F. Kennedy

“If you’re not prepared to be wrong, you’ll never come up with anything original.” – Ken Robinson

Remember, behind every Nobel Prize winner is a long series of failures that informed and refined the foundation of their genius! What if they never learned to bounce back from them?

You’re bound to find something in this category that speaks to you. 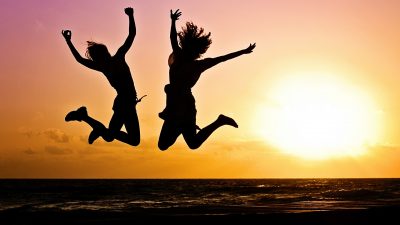 Want to Be Happy?

Do you want to be happy? Brother David Steindl-Rast’s take on “how to be happy” in his TED Radio Hour podcast on NPR. 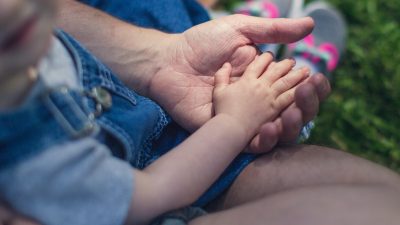 Teaching Us How to Really Be Human

One of Jeffrey Wright’s former student’s, Zack Conkle, made a video of the teacher and his lessons… not all of which were about physics. 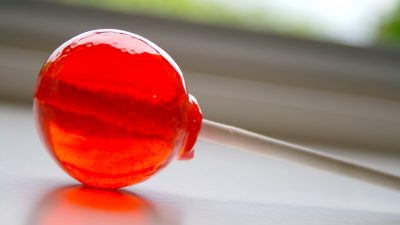 The Power of Giving People a “Lollipop Moment”

Heard anything about “Lollipop Moments”? Here’s an amazing metaphor to remember how easy it is to fundamentally improve someone’s life with just a simple turn of a phrase! 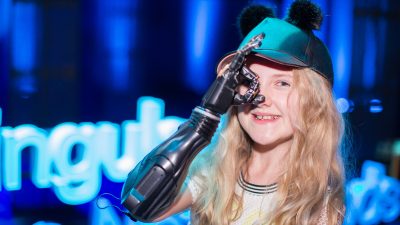 This prosthesis is not only the cheapest bionic arm you can find on the market, it’s also one of the coolest. The Hero Arm is 3D printed for anyone age 9 and above, customizable, and inspiring a new wave of research!