If an axolotl were to take out an ad for itself in the paper, it may read:

SUPER RESISTANT TO CANCER! CAN GROW BACK ARMS! LOSE YOUR BODY? I CAN HOST YOUR HEAD ON MY OWN FOR A LIMITED TIME!

Seriously, these cuties can actually do all of these things (not that the hosting a head thing was necessarily their choice, but hey, if you happen to be in that situation they’re a good friend to have). Let’s discover how it’s possible!

This is unlike any salamander that may scurry by you on the road, and it’s not just because they only naturally live in the waters of Mexico. The axolotl lives in a world of, “if you lose a body part, no worries! It’ll grow back in a few weeks.”

Can you even imagine what it’s like to exist without that fear of loss?

Where we’re at right now, if we lose a leg, we have to adapt to a new way of navigating our lives. But for the axolotl, it would be the equivalent of resting up in bed for a few weeks after a virus comes into your life, but instead, you’re regenerating appendage (or a part of your spine, your jaw, or really whatever else may be missing).

Honestly, it’s a bit difficult for me to wrap my brain around that reality. So here’s Animalogic to give us a little background on this seemingly magical animal, and the actual science behind how their impressive resume can even be possible.

Think about all the possibilities! If scientists are able to figure out how to replicate those cells, what would happen to our medical practices? Could the rejection rate of organ transplants become a non-issue? Or would human to human transplants even be something that continues to be practiced?

The idea of someone regenerating their own arm is a little (okay, a lot) sci-fi for me, but if the axolotl can do it… could we?

Humans are also jealous of the abilities of these creatures…

Spiders, because they make the strongest material on Earth!

The Remarkable Powers of… Spider Silk?

Let's talk spiders. These creatures may scare some, but their silk is one of the most remarkable substances in the natural world!

These beetles can breathe underwater, sometimes up to 5 years, without gills!

And we may be the most jealous of the Hydra.. who just. Doesn’t. Die.

The Creature that Doesn’t Die?

Let us introduce you to the hydra. These remarkable little organisms appear to defy the laws of nature with their seemingly immortal lifespan! Here's the story on these strange creatures.

In fact, there’s a whole approach to innovation that’s based on the amazing traits of nature!

The natural world is a remarkable problem solver. So, why aren't we turning to nature to find more answers to our complex problems? Here's how biomimicry is helping us build a better future!

There are some other really awesome animals out there…

Check out some of the ones we’ve featured by clicking the button below!

But don’t forget to subscribe before you go–you don’t want to miss our next article! 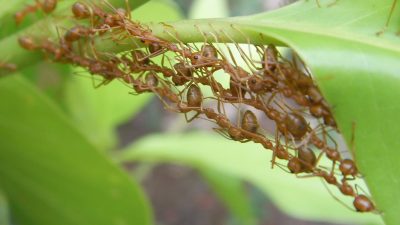 Fire Ants: The Material of the Future?

Did you know that a colony of fire ants can act as a liquid and a solid? We know, it sounds crazy, these little guys have a lot they can teach us! 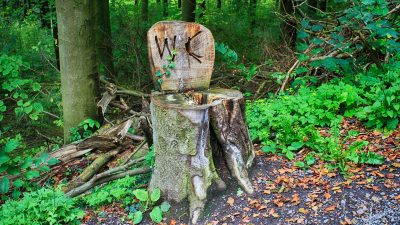 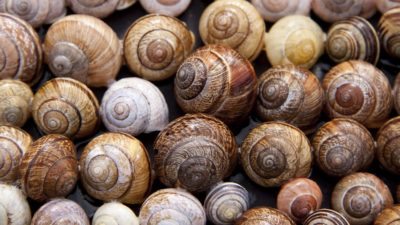 Ever thought of snails as incredible? Probably not, but learning about some of the fascinating snails out there may help you in finding wonder in this world a little easier! 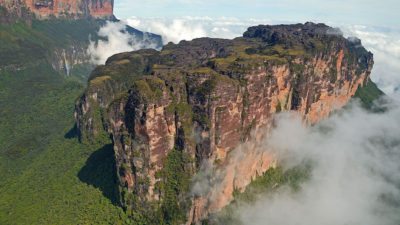 An Adventure Atop the Tepuis

Take a trip to South America to Explore the Tepuis, magnificent mesas rising up from the jungle below. Join the explorers who study these islands in the sky, and their remarkable flora and fauna!