Wake up to good news every day! Download our NEW APP! | Read More

“It’s pretty sweet to be able to help people look at their wheelchair as something besides just a medical device. It can actually be something really fun.”

That’s a quote from the man we’re featuring today who has proven, time and time again, that what’s thought to be out of our reach is actually right at our fingertips — we may just need to lean in a bit further to grasp it. What could we all do in our lives if we stopped letting ourselves, and others, put restrictions on what we’re capable of?

From the moment he entered the world, Aaron Fotheringham, known popularly as “Wheelz”, has taken a completely different path than what was expected of him. Let’s begin with this small excerpt from his website that lists just a few of his paving accomplishments in wheelchair motor-cross:

Okay, that’s pretty impressive, right? But hold on, the excerpt isn’t quite finished:

“Four years later, at a camp in Woodward, he landed the first ever double backflip (August 26, 2010). Since then, he has gone on to perform it live while touring with the Nitro Circus. As if this is not enough, on February 9th, 2011, he landed his very first front flip in New Zealand, and on August 25, 2012, he shocked Brazilians by jumping and successfully landing a 50-ft gap off of the Mega Ramp in his chair.”

Seeing him in action is an exciting sight to witness, and thankfully, we have this short documentary from Unit to give us a closer look at Aaron’s story of, his talents, and his contagiously bright attitude!

He’s shown that it’s possible to make what you love — however far-fetched of an idea you may be told it is — work for you. And regardless of where we’re at in our own lives, doesn’t that apply to us all?

Aaron is known to be the pioneer of WCMX (wheelchair motor-cross). By working with companies to develop high functioning wheelchairs for sport, camps for children, and movements to break stereotypes sprouting up around the world, he’s changing the conversation for and about wheelchair users.

“If I can inspire people to look at a wheelchair a little different, you know,  and be more positive about it, then that will change all of the stereotypes of people being in wheelchairs not being able to do anything for themselves.” 2

You can see more of what he’s up to by scrolling through and following his well-curated Instagram! In the meantime, we can hear first hand what he’s doing to further change these perceptions by connecting and sharing his story with others in this inspiring feature from Network A:
Via: Network A  3
Here’s what the videographer from the awesome bonus freestyle video (down below) has to say about working with Aaron:

“Aaron is one of the hardest workers I know. He’s one of the most positive human beings I’ve met and exceeds at everything he takes on regardless of the odds. While filming with Aaron for a video we did together, Aaron was willing to do whatever he could to push himself to take on things he had never done before. And regardless how many times he would fall he would get right back up until he was able to pull off the trick.” – Devin Graham

When was the last time you saw someone physically be knocked down that hard only to rise again with a smile on their face? That alone may be the most important lesson he gives us today: you aren’t fragile. You will fall, but it’s what you do after that defines you. You just have to keep going. 4

We’ve all set limitations on ourselves… but why?

Our self-prescribed inabilities are what may truly be holding us back from what we want. What’s inside may leave us believing: “I’m a woman, I couldn’t possibly skateboard“,  “I’ve aged far too long, I can’t learn how to do something new“, or maybe even, “that land is dead, it could never be beautiful again.” But you need only jump into any of those links to have those statements proven completely wrong.

So, the next time you catch yourself saying, “I can’t“, remember: we can change our experience by editing our narratives. To really see what this means, take a moment with the Ted Talk in the following article…

Is Happiness Truly Our End Goal?

Most of us are running around looking to hold on to this thing called happiness, but these seem to be fleeting moments. Should we be focusing on something else instead? Listen to writer Emily Esfahani Smith's eye opening insight in her TED Talk!

“No matter what people tell you, words and ideas can change the world.” – Robin Williams

Here’s that bonus freestyle we promised!

Surround yourself with inspiring people pushing themselves past their limits by clicking the button below!

Oh, and make sure you share this article with your own circles! It’s really easy! Just scroll up the page and click any of the icons running across the top! While you’re up there, make sure you subscribe to ensure your new dosage of optimism will reach you right when it’s published. 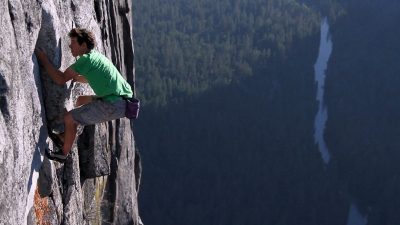 Here’s a quiet young man and friends, with a passion you won’t believe! Today’s story will expand your idea of what’s possible for us too! 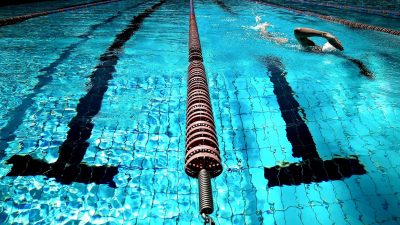 Ask Yourself, Why Not Now?

Sometimes it seems that fate is pushing against us. But, thankfully there are some amazing people out there pushing right back, diving in, saying yes I can. Today, we learn the story of one more of these stunning individuals. 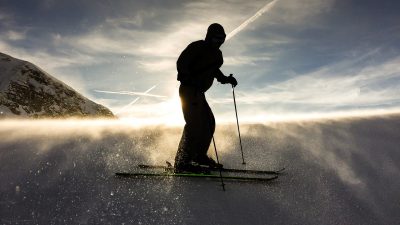 Uplifting Stories We Should All Know

Here are nine of our most uplifting stories celebrating some of the remarkable people we rarely hear about but should all know!

You can be whoever you want! But here's the thing

Did you know that trees in urban areas increase pr

If your life was a cake, what sort of cake would y

When you really love what you do, not even a broke

When big things happen in the world, we find ourse

In order to solve the complex problems of today's

If you're down, look up. #QuoteoftheDay #Angelique

If you've ever enjoyed digging your toes into the