How do the expectations of others affect us? If we were told that there is an unlimited possibility in the world, how would we approach life’s hurdles?

In this article, you will meet a man who has become a great friend of mine through the Ever Widening Circles project. I can assure you he is one of the most motivational speakers I have had the pleasure of knowing.

As a toddler, Daniel Kish had to have his eyes removed because of retinoblastoma, a form of eye cancer. Despite this hurdle, Daniel never stopped pursuing his outdoor passions, which include climbing trees, hiking, and riding his bike. So, how does he do it? 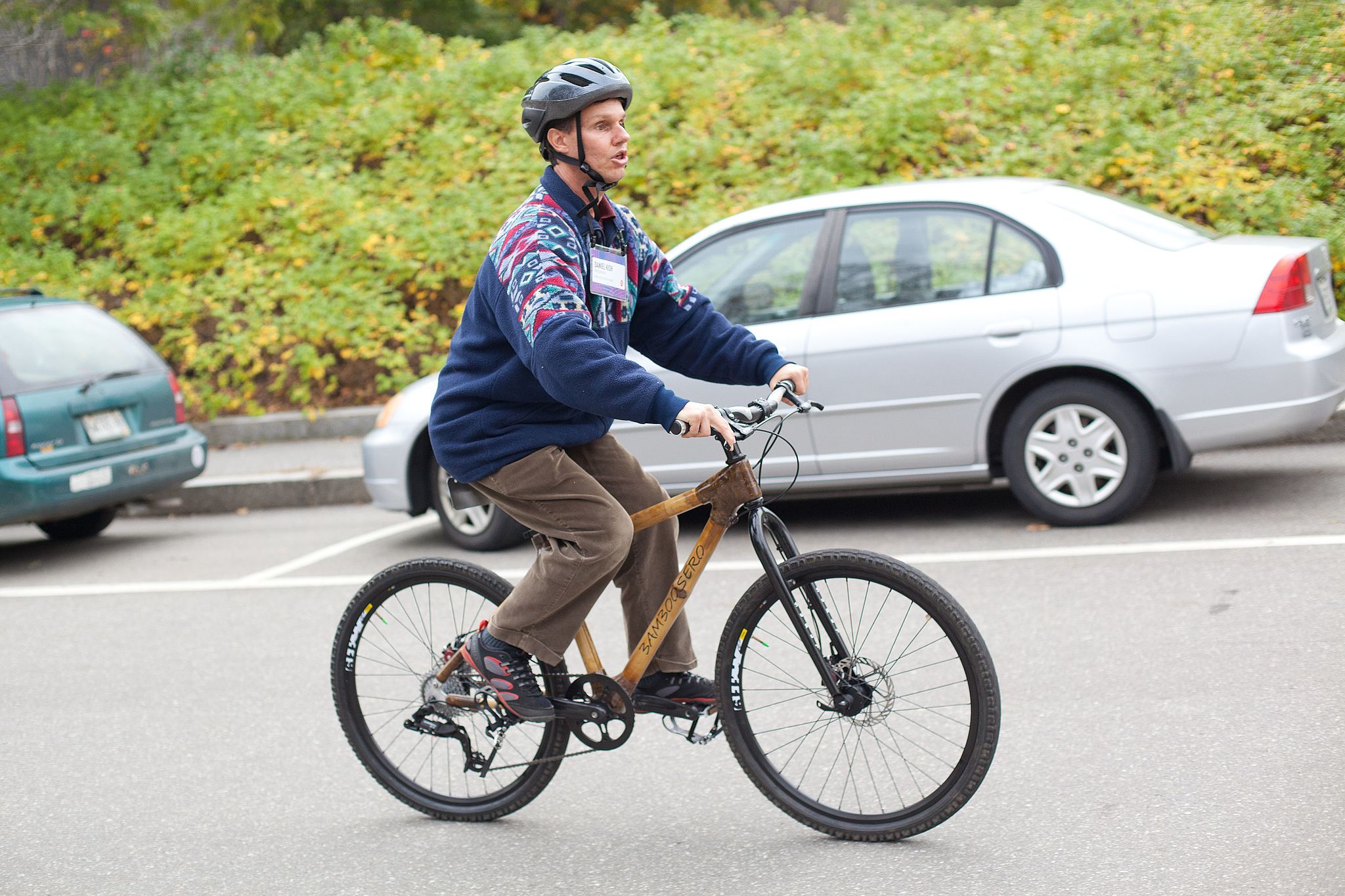 Daniel Kish is a friend to us all because his life’s work literally kicks down the door to what is possible.

If you have a brain (and we’ll operate with that safe assumption today) then Daniel’s example points to the fact that our capabilities are surely boundless.

From a young age, he began using sound to navigate the world with a form of “echolocation”.

Essentially, by making clicking noises with his tongue, he taught himself to “see” what’s around him.

It seems the real estate in Daniel’s brain that would have been used for visual information gradually formed in a novel way. The data it collected from a unique source was made useful—which really isn’t that surprising considering what we now know about the brain and its ability to adapt.

This way of using the brain is easy to find and is used with great success all throughout the animal world. So, with that in mind, it’s hard to understand why this capacity hasn’t been fully embraced by humanity as well. 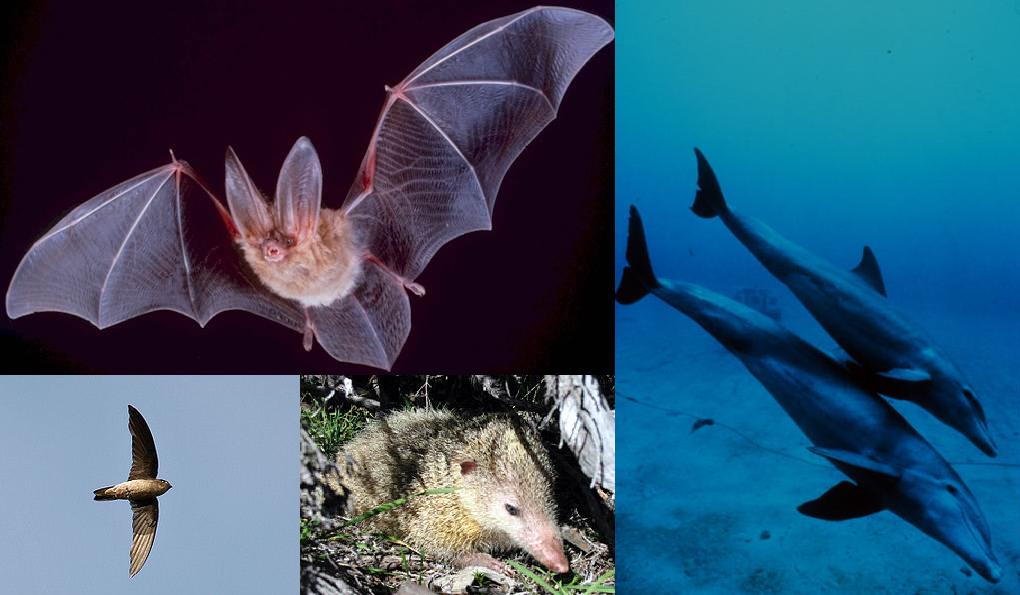 But Daniel is teaching people all around the world this skill (he’d like to teach more) and we are all due for an “awakening” to this possibility for the visually impaired everywhere.

Daniel and I spent a couple of hours on the phone one winter night two years ago, and a friendship blossomed almost immediately. I came away knowing I had just spoken with someone who will eventually be known around the world as a “thought leader.” I simply could not believe his insights are not part of every blind person’s way of living in the world.

Since that first conversation, we have had many chats, from some unusual places around the globe. He is just as nice in person as he seems in the following PopTech Talk; authentic, extremely smart, and enthused to share his life’s work with anyone who will listen. It has been a privilege to get to know him.

Here is Daniel Kish from the PopTech stage, teaching us about the way he sees the world, and how his parents raised him to live freely and fearlessly in pursuit of his passions:

This PopTech Talk is not our only introduction to Daniel Kish’s work. He has been interviewed and written in over 150 major publications and broadcasts reaching over 2 billion viewers globally.

In fact, he was also featured in one of my favorite podcasts, Invisibilia. The podcast is truly a worthy listen, so if you have some time to spare, listen to this following piece from the episode titled “How to Become Batman.”

These two pieces (part 1 and part 2) share details on how Kish’s unique upbringing in a world of possibility—instead of fear—enables him to live a life of hiking, climbing, bike riding, and teaching.

Alternatively, can we stop putting expectations on others that limit their view of possibility?

I found the page explaining their unique approach extraordinarily relevant for all of us. Here’s some sound advice… 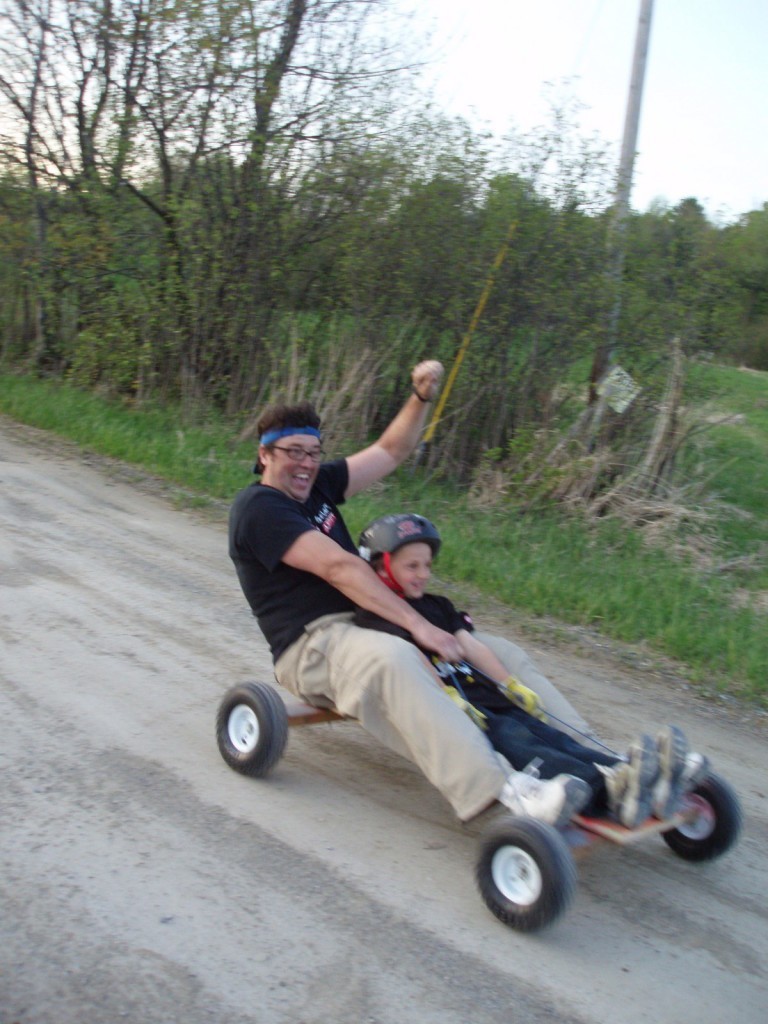 Forget everything you’ve heard about “the blind”, everything you think you know about blindness – even if you consider yourself to be a “professional.” Blind people have plenty to say about “professionals” … Especially, forget anything you’ve heard or read about “Ten Things To Do If You Meet A Blind Person.” This advice will probably just cause more awkwardness. Most of it is made up by sighted people anyway, and doesn’t necessarily represent a blindness perspective.

There’s absolutely no way to second guess the situation by imposing any pre-formed ideas. Even if you’ve known other blind people, don’t think you somehow know what to do with every blind person. The thing that often most sets us on edge is to hear “it’s okay. My (mother, sister, cousin, friend) was blind.” Blind people are as different from each other as any two people on this earth. There are no similarities among us that you can count on. Even the degree of vision or hearing or touch that we use can vary greatly among us. Most blind people do have some degree of vision, and even the very few of us who are totally blind may use our touch and hearing very effectively .. or, we may not. 4

I guess it’s my nature to take the 10,000-foot look on advice like that and see it as important to remember in every interaction we have.

We should probably forget everything we think we know about people from any walk of life, artificial category, or demographic.

How do you react when someone tells you you're incapable of doing something? For a lot of us, there are usually two routes we take: agree and shrink, or prove those words wrong. WCMX athlete, Aaron "Wheelz" Fotheringham, chose the latter and has spent years creating history and crushing stereotypes. Here's his story...

Inspiring stories like that of Daniel Kish can make us reconsider our “limitations”.

If you know a young person who may feel small in the face of some seemingly big limitations, share Daniel’s story with them.

We’ve most likely all had a spark of creativity and passion growing up. Did someone come along in your life and help you reveal that to yourself?

“The greatest good you can do for another is not just to share your own riches but to reveal to him his own.” – Benjamin Disraeli

Imagine a world where we gave children the confidence to pursue the things they know and the skills they have innately, and then allowed the doors of possibility to remain open despite the limitations society would like to impose on us.

Daniel gives us a glimpse of what is possible when we believe in the impossible. Not a bad world!

Enjoy a few more articles on great people like Daniel Kish by clicking on the button below! 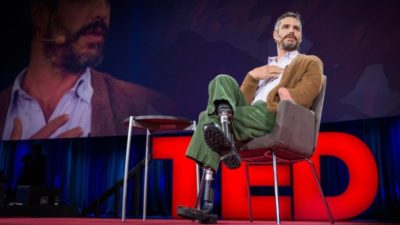 Reframing Our Relationship with Things We Can’t Control

Dr. BJ Miller has some life experiences that can bring us to a new place in considering our own. Enjoy a little transformation here from his many stories that can help us right-size our challenges. 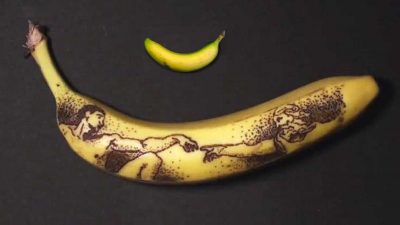 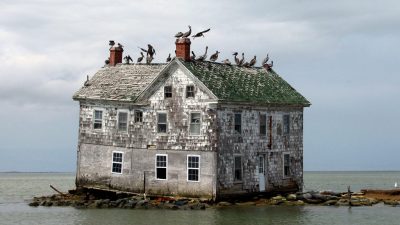 What if We Could Avoid the Perils of a Single Story?

Recently I’ve been catching myself and others drawing huge conclusions from a single, compelling story. Sound familiar? Let an amazing TED speaker point us in a better, richer direction!

What If Our Worldview Has Been Inexorably Filtered?

Do you have someone in your life who you just can’t relate to anymore–a co-worker or family member–because your worldviews are miles apart? Here’s something HUGE to consider!