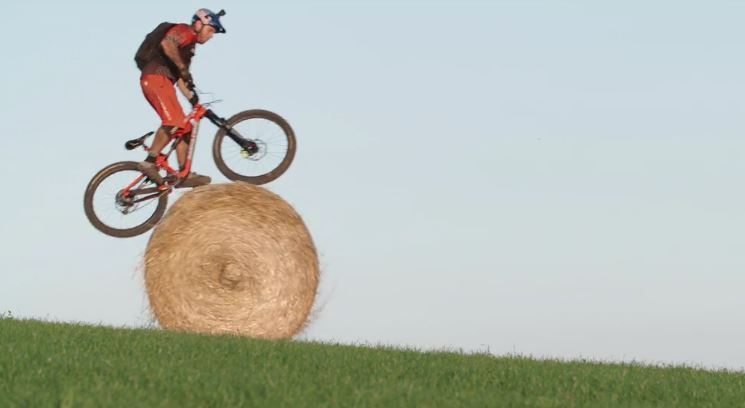 We tend to think of “genius” as a remarkable thought process, but with some regularity here at Ever Widening Circles (EWC), we come across a kind of intelligence that seems to press the body and mind to its limits as a whole.

Today’s featured EWC Thought-Leader is just such a person. Danny MacAskill appears to have pushed creativity and physical excellence to a place that demonstrates the best of human abilities. And what fun he seems to be having, along with the friends and family who help him put together videos of his work!

Danny MacAskill is a master of a sport called “trials cycling”, where the rider attempts to pass through an obstacle course without putting a foot on the ground.  Curious about the nature of the “obstacles?”  Just check out the homepage of his website and it won’t take long to understand why he has made a name for himself with this unique expertise.

Now it might be easy to be dismissive of trials cycling as just another extreme sport for youthful minds with more courage than common sense, but when you dig into the out-takes and Danny’s background, you find someone who does his work with many of the qualities we all admire in thought-leaders: perseverance, a sense of humor, an easy-going nature.

Well, decide for yourself.

Let’s enjoy a wee bike ride with Danny, brought to us by Red Bull:

Terrific fun there and what a remarkable upbeat image he chooses to put out, in contrast with the counterculture, “tuned in, turned on and dropped out” image that many extreme sports figure put forth.

That’s another rather endearing part of Danny’s public persona! Other than all the expected hype that Red Bull has published, there is not that much in the way of self-promotion going on. Interviewers describe Danny as modest to the point of bashful.

Here’s what Outside Magazine had to say in a fabulous article about Danny:

“As recently as the spring of 2009, MacAskill was an unknown bike mechanic wrenching away at a small shop in Edinburgh. In April of that year, he released a beautifully produced homemade video, filmed by his close friend David Sowerby.

Within hours of posting it, the video went viral. It nabbed a few hundred thousand views overnight, got pinged across continents by influencers like Lance Armstrong, and popped up on the social-media feeds of people who had never even heard of trials riding before. All they knew was that some dude was doing stuff on a bike that most people couldn’t do on two feet. The tricks appear to be as spontaneous as they are graceful and unexpected—you start watching and you simply can’t stop. The video hit a million views in less than a month. Then 10 million. Then 20 million.” 2

And if you want to see “good nature” in action, let’s go out today with a couple videos of the out-takes from Danny’s Wee Day Out. It’s just as fun watching the work it takes to get things just right! Here’s Red Bull again:

And my personal favorite: here’s how they got the hay bail stunt accomplished!

If you’d like to read another article about Danny MacAskill, we wrote one several years ago about one of the rides that made him famous: he climbed to the last rocky outcrop – not more than 2 meters square – on one of the highest mountain ridges in Scotland and rode his bike down. It’s really a breathtaking piece.

Today we continue our look at the human potential: conquering fears, pushing limits and conquering nature with cyclist Danny MacAskill's !

You may know that Ever Widening Circles is a rare gem on the web: publishing only positive, carefully fact-checked and cited content, with no agenda and no advertising ploys.

We publish one article every other day about the insights and innovations being ignored by the 24-hour news cycle.

It won’t take you long to look the website here and find that it is still an amazing world!

If you’d like to see another article with this train of thought, just scroll down to the bottom of this page, or if you are ready for a transformational journey, head to our homepage dive into our archives. 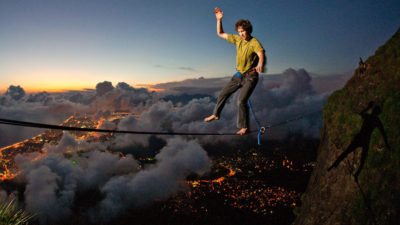 Slacklining: Pushing Limits Around the Globe!

Have you heard of slacklining? It may be an extreme sport for everyone! Really! You can choose your extremes and still do amazing things while pushing the limits of possibility! 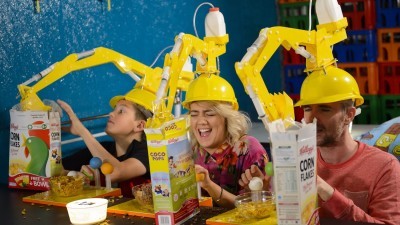 Dominic Wilcox is an inventor and creative genius whose work is an inspiring reminder of why creativity will almost always save the day! Here is his incredible story, and some of the amazingly fun work he has inspired! 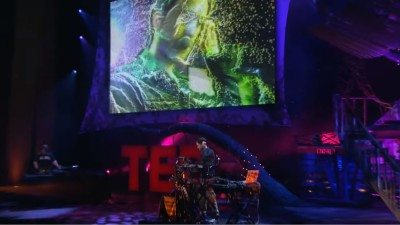 What happens when your limitations force you to recreate reality? For the cutting-edge musician Beardyman, the desire to push the boundaries of what is possible with the human voice have opened up a new musical and creative world. 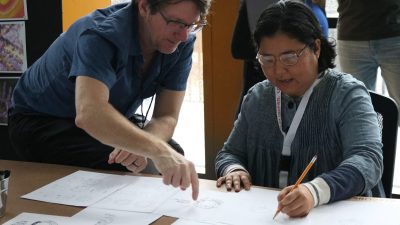 The Amazing Artists of the Special Olympics!

For the 2022 USA Special Olympics Games, organizers wanted to create a logo that truly represented the spirit of their organization. So, they did something that had never been done before: turn to their athletes for their expertise! Here’s what happened.