Since the dawn of our species, human potential has been pulled forward by the new generation of artists and creative minds who were comfortable at the leading edges of possibility.

Think about the first human being who thought to put a chunk of raw meat on a stick and hold it over a fire, and how random that must have seemed to onlookers. What about the Wright Brothers? Make no mistake, they had neighbors and friends who thought the concept of human flight was a waste of time.

We often forget that today’s experimentation may be tomorrows invention of electricity, Velcro, or radar. But Innovators in art have probably been met with the most consistent critique, since the first cave paintings.

That’s what’s inspiring about today’s featured “thought leaders”, Alexa Meade and Sheila Vand. While they each have a body of work that pushes at different edges of the envelope in “traditional” art, today we are looking at a very unique collaboration between them.

Take a look at this short video from Corpmedia AG that highlights their art form via a live performance:

So why is the work of each new generation of artists, like that of Alexa Meade and Sheila Vand, so important? Where does this work fit into the continuum of history? Does it even matter?

Well, think of it this way: we can never predict which “crazy idea” will be the next “big thing”. Everything new matters. Every innovation, from the discovery of coffee, to the invention of the first telescope, started with a single thought imagined by someone who connected things that no one had previously considered (like, say, paint and milk!)

So Alexa and Sheila take their place in a long line of artistic innovators. Now that we put their creativity in the light of history, maybe there is not much distance between painting on a cave wall and painting in a pool of milk.

If you want to celebrate more artists who prove it’s still an amazing world, check out our full category! 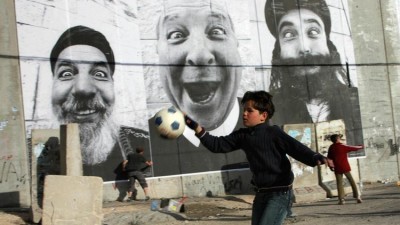 A Wish to Change the World (With JR) 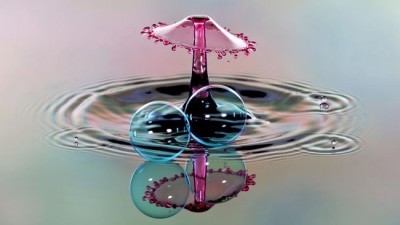 Beauty in a Solitary Drop of Water

What if everything ordinary, like a drop of water, is intricately complex and beautiful depending solely upon your perspective. Take a look at a video that explains this assertion and will leave you stunned by a remarkably unknown source for wonder.

Celebrating 600: Proof This Is Still An Amazing World!

As the 24-hour news cycle seems to spiral ever downward, EWC is the new place on the web for exactly the opposite trajectory! We are connecting you to countless reasons to think the future is so amazingly bright. Take a look!